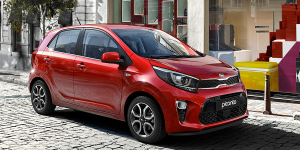 Kia is considering a purely electric version for their city car Picanto. “There’s nothing confirmed yet, but we are really looking at it,” says Emilio Herrera, COO of Kia Motor Europe.

To build an electric Picanto, Kia would have to cut costs to 16,000 to 17,000 euros, according to Herrera. Currently, such a vehicle would cost almost 20,000 euros. Kia could try to find synergies with its sister brand Hyundai to produce an electric version of its small car i10.

An open secret is that due to the stricter emission limits in the EU, car manufacturers will have to rethink their model strategy. Last but not least, they are therefore forced, among other things, to push ahead with costly electrification in the micro and small car segment – incidentally those that are hardly profitable anyway. The other option would be to no longer offer models in the segments at all.