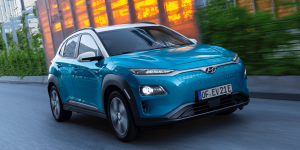 According to President Moon Jae-in, South Korea also wants to secure a market share of ten per cent in the global market for electric cars by 2030. Korean companies are to invest 60 billion won in the car technologies of the future over the next ten years, 41 billion won by the Hyundai Group alone. The government will also provide 2.2 trillion won to support the private sector.

Moon sees the technological change as an opportunity to stay ahead of other nations on the world market. “In the future auto era, we don’t have to be a ‘follower’ anymore. This is because we are now able to start from the same starting point,” Moon said at an event at Hyundai-Kia’s Namyang Development Centre. “Finally, we have a chance to become technology leaders, not followers. We should take this opportunity.”

Besides, Moon also wants to promote the development and distribution of self-propelled cars. “We will be the first nation in the world to commercialise self-propelled cars. Until now, the self-driving guidelines were based on Stage 3, but we now want to commercialise fully automatic cars in Stage 4 by 2030,” Moon said. The autonomous vehicles are to be developed primarily based on BEV and FCEV. By 2024, the infrastructure in the fields of telecommunications, precision maps and traffic control is to be upgraded.

At the beginning of September South Korea announced the new EV subsidy scheme for 2020. 738.2 billion won (609 million dollars) are planned in 2020 for subsidies for battery electric vehicles and the expansion of the charging infrastructure, and 359.3 billion won (296 million dollars) for fuel cell vehicles and the expansion of hydrogen filling stations. In concrete terms, next year BEV will be subsidised by the state government with 8 million won (approx. 6,600 dollars), each new FCEV will even be subsidised with 22.5 million won (approx. 18,600 dollars).

China to halt FCEV subsidies in 2021