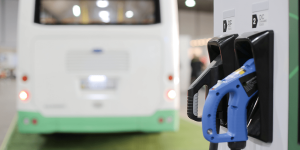 Since the Indonesian government set its sight on becoming an electric vehicle hub in Southeast Asia, charging infrastructure has been a critical issue. PLN is a government-owned corporation with a monopoly on electricity distribution in Indonesia, which has a population of around 265 million people.

According to The Jakarta Post, the second group, which has been given the task of building electric vehicles, is made up of six international automakers. This apparently includes China’s DFSK, Japan’s Mitsubishi, Germany’s BMW and Indonesia’s Gesits.

State-owned electronics manufacturer LEN will be backed by the Agency for the Assessment and Application of Technology (BPPT) to develop a home-grown charging station.

Although the report on the agreement in The Jakarta Post did not give details of other companies involved, international automakers such as Hyundai and Toyota are already focussing on Indonesia for the production and development of electric vehicles. The country not only has the largest GDP in the Southeast Asian region but more importantly, significant quantities of cobalt and nickel. This has also apparently attracted interest from international companies in a battery consortium.

Just a couple of months ago, the Indonesian government announced a series of incentives to increase the uptake of EVs as well as supporting the manufacture of these in the country. Indonesia is not only aspiring to become an electric vehicle hub, but also an exporter of electric vehicles.