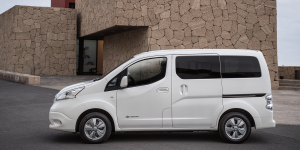 NHS Scotland has been granted £1.36 million of available support through the Transport Scotland Switched on Fleets Fund for 112 new electric cars. The Scottish health service may thus increase the number of EVs by 80%.

These new electric vehicles will replace existing fossil-fuelled cars and vans across many NHS shared service functions and regions, reducing the CO2 equivalent tailpipe emissions by at least 168 tonnes every year by comparison, according to the release.

Scotland is working towards phasing out combustion-powered cars by 2032. Last year the country mobilised millions for infrastructure as well as electric vehicles of all kinds. Scotland has also led the way with its use of zero-emission fuel cell buses.