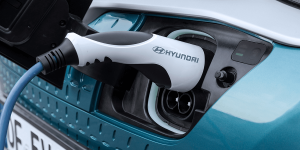 Hyundai Motors has entered into a memorandum of understanding with the Indonesian government to build a vehicle manufacturing plant in Kota Deltamas, east of Jakarta, where an “electric production line is also being explored.” The South Korean carmaking giant will invest 1.55 billion USD in the plant until 2030.

The automaker intends on taking an approach of “innovative differentiation” which will include built-to-order manufacturing. This flexible and customer-orientated approach should gain a competitive edge over predominantly Japanese competitors in the world’s fourth most populace country. The South Korean carmaking giant only mentions the development of electric vehicles in passing in its press release about the Indonesian plant. At the same time, Indonesia has not only made a public policy of building Indonesia into an electric vehicle manufacturing nation, but this is also built on the Southeast Asian country’s significant nickel and cobalt resources.

For capitalisation of these resources and their related industries, primarily regarding electric vehicles – the Indonesian government has supported the uptake of electric vehicle use with a number of measures.  Meanwhile, the government is also striving to make attractive conditions who want to assemble and produce electric vehicles in Indonesia. Reuters and Automotive News Europe both speculate that Hyundai is inching in to make the most of South East Asia’s largest vehicle market, in direct competition with Japanese automakers, who dominate the region. Interestingly, just months ago, Toyota announced that it plans to invest 2 billion USD in the development of electric vehicles in Indonesia over the next four years.

While Hyundai states that they plan to produce a compact SUV, compact MPV, and sedan models “specifically designed for customers in the South East Asian market” at the new Indonesian plant, they also state that “EV production (is) also being explored.” Hyundai vehicles should roll off the production lines 2021 and have an initial unit number of 150,000, which will eventually increase to 200,000 in the future.


While the car market has also shown a steady decline in the generally comparatively faster-growing vehicle markets in Southeast Asia, Indonesia’s numerous support measures for electric vehicles and both driving and production infrastructure make electric vehicles look promising. While Hyundai states that they plan to produce a compact SUV, compact MPV, and sedan models and that “EV production (is) also being explored,” the closest city to the plant is Jakarta, one of the world’s most densely populated cities; It will be interesting to see to what degree Hyundai adapt to Indonesia with their vehicle range, and whether this will involve making smaller space and less energy-intensive vehicles than conventional cars.

Just what is meant by their aim “to develop strategic vehicle models perfectly tailored for the region,” remains to be seen. For this “customer-centric” purpose, Hyundai Motor has established a dedicated organization in which its headquarters and Indonesia operations should seamlessly collaborate on all aspects of product development and mass-production processes.

Hyundai has certainly not been shy so far in extending both its drive options as well as its vehicle types: In August, Hyundai announced plans to develop a total of 17 electric commercial vehicles they want market-ready by 2025, by which time the South Korean manufacturer plans to have expanded its range of commercial vehicles to include seven battery-electric and ten fuel cell models.

At the MOU-signing ceremony in South Korea, Indonesian representatives included the Indonesian President Jokowi, who was invited to look at different displays at Hyundai’s Ulsan plant. These included an air-purifying demonstration on a NEXO fuel cell electric vehicle (FCEV), cutaway displays of the NEXO and Kona Electric, a wireless EV charging system, as well as a wearable robot, and an electric scooter.

Polestar 2 will be offered in Switzerland