According to the evaluation, the proportion of electric and semi-electric vehicles in China surpassed the five-per cent hurdle for the first time in the first half of 2019. However, the market shares of electric cars had also increased significantly in all other countries surveyed.

The second factor speaking for China’s leading position is in industry. In this area, Roland Berger and fka expect China to extend its lead further. “No other nation plans to increase their domestic cell production on such a level,” says Alexander Busse, Senior Consultant at fka. “Chinese production of battery cells is expected to increase by more than 1,000 per cent in the years 2017 to 2022 compared to the period 2016 to 2021”. After China, the USA, South Korea and Japan are ahead of European countries.

To gain a foothold in battery production in Europe in the long term, high investments and a deep understanding of technology are required – and European cooperation. “European automobile manufacturers and suppliers with a chemical background should position themselves as investment partners,” recommends Busse. “They must be prepared to share the risks and pull together billions in investment capital.”

“The market outlook continues to be positive, but electric vehicles are less profitable for OEMs than conventional vehicles,” says Wolfgang Bernhart, Partner at Roland Berger. “Automakers could increase their profitability levels with new Battery-as-a-Service models,” he recommends. “There are starting points for many different business models along the entire lifecycle of the battery,” he explains. “An integrated value chain covers everything from offering customers battery leasing plans to recycling the raw materials at the end-of-life.” 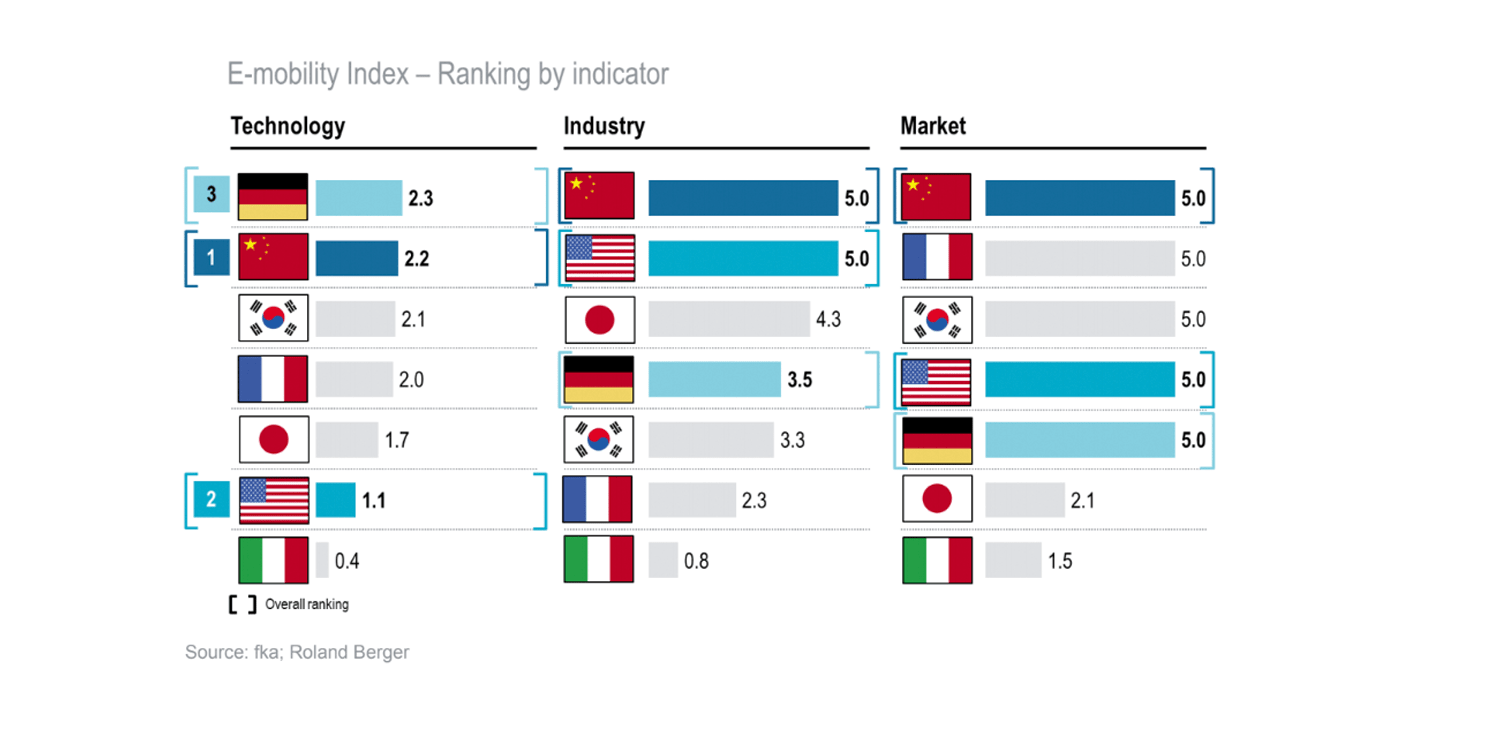 Roland Berger’s country comparison brings together the three key assessment areas of technology, industry and market. Despite scoring the first place in the technology sector, Germany only ranks third behind China and the USA in the overall country comparison.

The exact technologies that led to Germany’s leap from third place to the top in the category are not listed in the accompanying press release. However, the study also mentions German OEM’s increasing focus on electrification for smaller and compact vehicles. It is also striking, however, that the USA has slipped from rank 2 to rank 6 in the technology ranking. Although the American cars (primarily Tesla) are leading in terms of range, the proportion of electrified SUVs and PHEVs in the fleets of all American OEMs is expected to rise sharply – which reduces “the average technological performance of the vehicles to be assessed”.