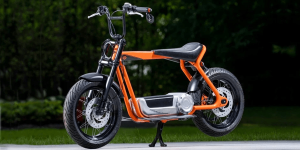 Harley-Davidson has been working on other electric two-wheelers such as an e-scooter in addition to its LiveWire electric motorcycle for some time. Now sketches have appeared showing the planned electric Harley scooter in detail.

The complete drafts have become public in the course of an approval procedure at the Office of the European Union for Intellectual Property (EUIPO). Harley-Davidson has contacted the authority to have the design of the scooter protected. According to media reports, the application has received a favourable decision.

The sketches now demonstrate that Harley-Davidson’s engineers are pressing ahead with the further development of the prototype of the electric scooter that was first shown at CES in January 2019. The sketches show that the engine and battery are installed as a single unit, and that power is transmitted to the rear wheel via a belt drive. Besides, the battery is equipped with a handle, which suggests that Harley-Davidson could rely on a battery exchange system. Meanwhile, there are still no detailed technical data on the electric scooter, which will be specially designed for use in urban environments. 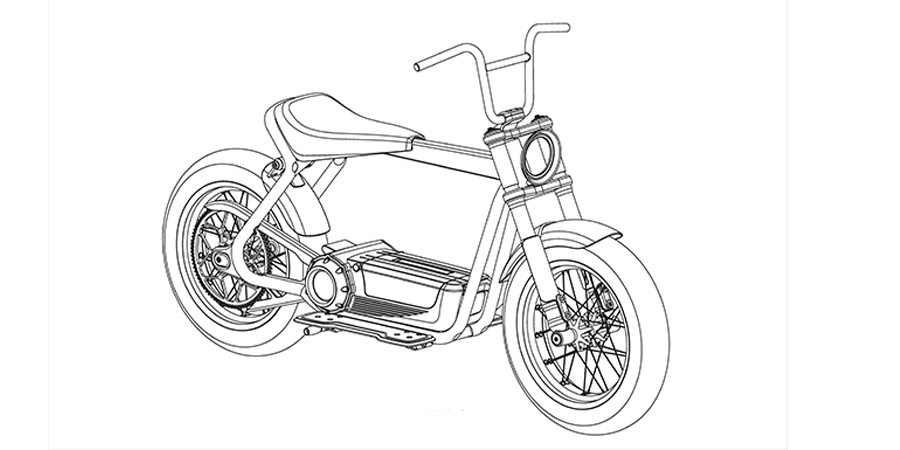 According to Electrek, however, some documents prepared for investors indicate that the introduction of the system is not likely to take long. There is talk of an electric scooter market launch in 2021 or 2022.

A brief look back: At the CES in early 2019, Harley-Davidson showed, in addition to its already commercially available electric machine LiveWire, prototypes of two of its other electric bikes announced for the first time in July 2018 – the study of the aforementioned electric scooter and that of an electric offroad bike. And just a few months ago, the Americans also made public several prototypes of their future electric bicycles.

This new family of products geared towards electric mobility is an essential part of Harley-Davidson’s roadmap called More Roads. “We’re going big in EV with a family of products that will range in size, power, as well as price. When you look at EV, you know this is a whole new customer base that we are bringing in,” commented COO Michelle Kumbier at the presentation of the plans at the time. The aim is to address a completely new target group.