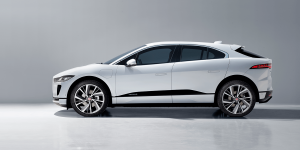 Jaguar is providing a large fleet of its I-Pace electric model for the British National Health Service (NHS). An agreement between the manufacturer and the Northumbria Healthcare NHS Foundation Trust provides for a fleet of 700 Jaguar EVs.

These Jaguar I-Pace electric cars can be leased from April onwards over a three-year period by NHS staff and staff of over 200 NHS partner organisations on a salary conversion basis. According to the news site Autocar, the leased vehicles are the entry-level S version of the I-Pace for currently from £64,495 (around €76,150). It is considered likely that they will be given NHS branding on the outside, like the current fleet vehicles.

The British Health Service has set itself the goal of reducing its CO2 emissions by 80 per cent by 2050. In the public sector, the NHS is the largest emitter of carbon dioxide. According to media reports, it is responsible for as much as 5.4 per cent of the country’s CO2 emissions.