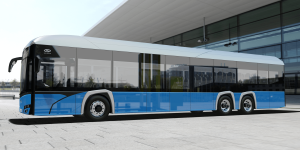 Solaris has announced plans for the relaunch of its 15-metre low-entry bus model, only this time, the Urbino 15 comes all-electric. The Poland-based company wants to launch the tri-axle EV this year, primarily but not exclusively for the Scandinavian market.

In most European markets, there is a demand for 12-metre buses with two axles or even shorter models. If larger buses with more passenger capacity are required, operators often opt for 18-meter articulated buses. The situation is different in Scandinavia, where 15-metre tri-axle buses (without articulation) are also in demand.

According to Solaris, the demand there is so high that the Polish manufacturer is again offering a 15-metre bus for this purpose. Solaris had been offering these buses since 199, selling almost 1,300 of them with diesel or CNG drive. The new generation of the Urbino 15 LE, however, will be built with electric drive only and offered both as a classic city and intercity bus.

The model offers up to 55 seats for passengers, the number of standing passengers is not mentioned in the announcement. Public transport operators can choose between two and three doors in the 2-2-0 or 2-2-1 arrangement. 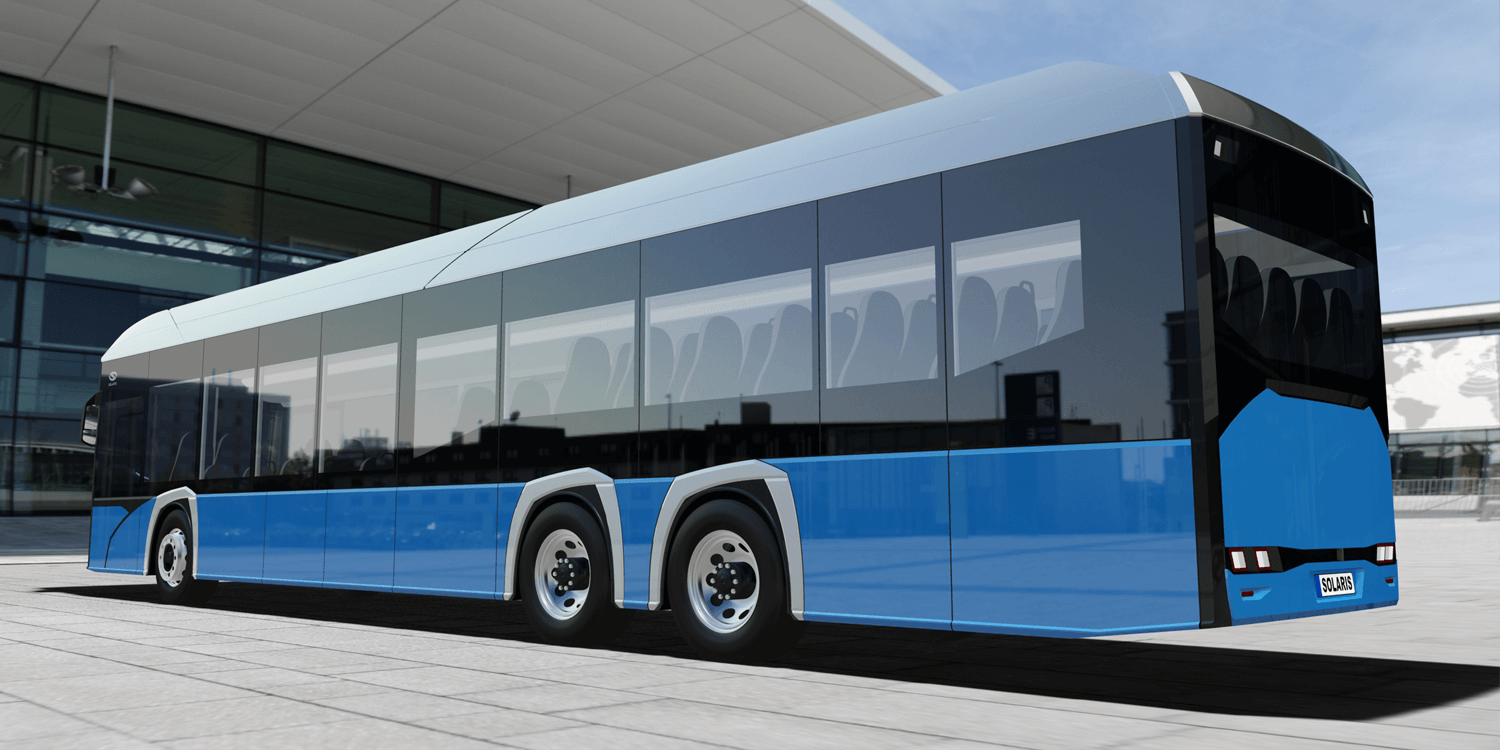 Due to the early stage of the project, Solaris will not provide technical data on the drive before April. The company confirmed though, that batteries are from the ‘Solaris High Energy+’ generation, which Solaris presented in 2019. With the new cells, a module can store 79 kWh instead of the previous 50 kWh. In the Urbino 18 electric articulated bus, up to seven modules can be combined, giving a total capacity of 550 kWh – Solaris has not yet mentioned how many modules the Urbino 15 LE electric can accommodate. The charging system via plug or pantograph on the roof can also be customised by the operator.

According to Solaris, the planning work is to be completed in “the next few weeks”, followed by the assembly of two pre-series vehicles. The Poles do not need to worry about possible test applications: apparently, operators from Scandinavian countries have already confirmed their interest in road tests.

Despite its design for the Scandinavian region because of the demand there, Solaris will offer the Urbino 15 LE electric in other countries as well. “It will be available to all operators who are searching for a low entry, tri-axle buses for urban and intercity transport,” says Petros Spinaris, Solaris’ Deputy Chairman and CEO.

Update 28 April 2020: Solaris is now providing technical details for the Urbino 15 LE announced in January. The new generation will exclusively be offered with electric drive systems. The three-axle vehicle is powered by a liquid-cooled electric central engine CeTrax from the supplier ZF with a power output of 300 kW. In the first pre-series vehicles, six battery packs with a capacity of over 470 kWh will be installed: two on the vehicle roof and four in the rear of the bus. The energy in the batteries is recharged via plug connection and, if requested by the customer, also via a pantograph. Both the pantographs mounted on the roof and those sinking onto the vehicle roof will be available.