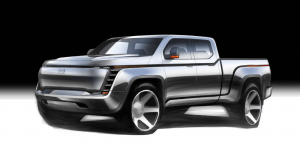 Lordstown Motors intends to use the government loan to convert a former General Motors plant in Lordstown in northeastern Ohio. In the past, Tesla, Ford and Nissan, have been granted such a loan for plant conversions, but the Department of Energy has not granted loans for this purpose since 2011.

According to Lordstown Motors, CEO Steve Burns met with US Secretary of Energy Dan Brouillette on Monday and with other officials on Tuesday. “We believe we deserve government help,” Burns said in an interview with news agency Reuters. The CEO stated that the company could survive without the money. “The only way we’ll get more jobs faster is if we get it.”

Lordstown Motors plans to present its Endurance electric pickup truck at the Detroit Auto Show in June, with production scheduled to start this year. The company bought an assembly plant from General Motors in Lordstown in the US state of Ohio in November. When GM announced the closure in November 2018, there was a lot of anticipation about who might take it over. GM also sees an opportunity to continue operating the plant with a new owner: the large corporation has lent the startup 40 million dollars for the purchase of the plant. According to Burns, however, Lordstown Motors wants to repay this loan “in a few weeks”.

This could be made possible by the entry of a new investor. As Burns stated in the interview, the company is in “advanced talks with a major strategic investor,” but did not give further details. The Workhorse Group currently holds a ten per cent stake in the hitherto largely unknown electric car newcomer – although the company was also founded by Burns, he retired as CEO in February 2019 after the company hit financial problems.

The Lordstown Endurance is to have four electric motors, with a total output of around 450 kW and an EPA range of 322 kilometres. Lordstown has yet to specify the pickup’s battery size. According to the latest given plans, production should start in November or December. This would put the Lordstown Endurance in direct competition with the Rivian R1T, which is also to be produced from the end of 2020. The two companies are coming from quite different circumstances since Rivian is financially much better equipped with the support of Amazon and Ford. In 2021, Tesla’s Cybertruck will be available near the end of the year, and General Motors also wants to launch an as-yet nameless model (to be built in Detroit-Hamtramck) next year. Also joining the electric pickup truck is Ford, that has also announced an electric version of the F-150.