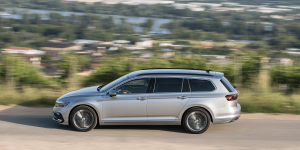 In Sweden, electric cars and plug-in hybrids achieved a market share of 30.2 per cent in January. The boom in new registrations is most likely to be the change in the Swedish bonus-malus system that came into force at the turn of the year.

Let’s start with the figures: 7.1 per cent of all Swedish new cars in January 2020 were BEV (1,269 registrations) and 23.1 per cent were plug-in hybrids (4,113 registrations). The increase compared to January 2019 was 15 per cent for BEVs and 160.8 per cent for PHEVs. Overall, however, the Swedish car market declined by 15.8 per cent year-on-year, with 17,790 new registrations, according to a statement by the Swedish government agency Statistics Sweden. Both diesel and petrol engines lost significant market share.

Experts attribute the electric car boom (especially in PHEVs) to the bonus-malus system. Although this system has basically been in force since 2018, an amendment effective from 1 January 2020 will measure CO2 emissions according to the WLTP cycle – here, consumption and CO2 values are on average 20 per cent higher than in the NEDC previously used. With the higher CO2 values, some vehicles have moved into a different category, while PHEVs continue to benefit from the lower rate. 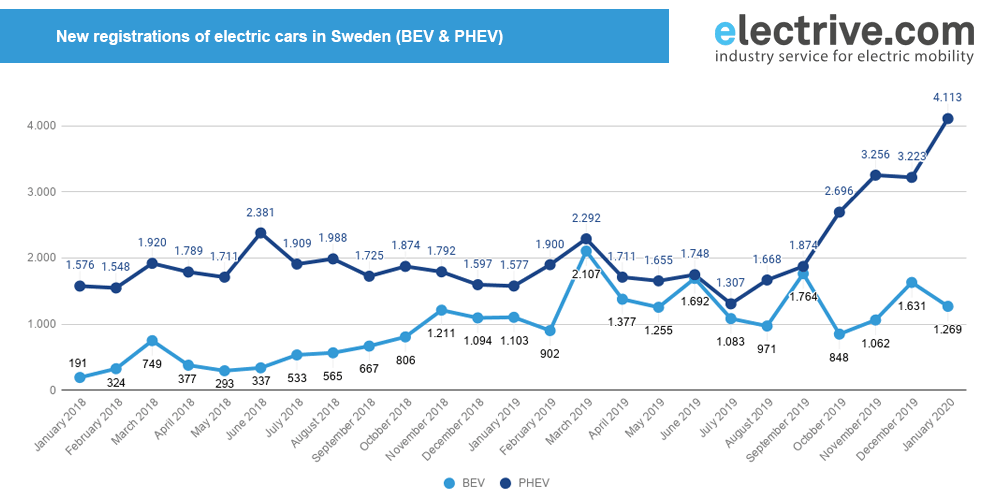 In concrete terms, new cars with CO2 emissions of less than 70 g/km will receive a bonus of up to 5,700 euros (graduated in various stages between 0 and 70 grams), while vehicles with CO2 emissions of more than 95 g/km will be subject to higher taxes as a malus. Clean Technica calculates that a diesel car with a CO2 emission of 122 grams per kilometre (which is the Swedish average for 2018) costs 425 euros in taxes per year. Above the 140 g/km limit, the costs continue to rise: a sports car with 225 g/km would cost as much as 1,250 euros per year. In return, a 5,700 euro bonus is a tempting offer.

According to the industry association BIL Sweden, the most popular BEV models in January were the Kia e-Niro, Renault Zoe and Kia e-Soul. In the PHEV category, the VW Passat GTE, Kia Optima PHEV and Mitsubishi Outlander PHEV were in the lead. The Tesla Model 3, after all the most popular BEV in Sweden last year, is missing in the top positions in January: There has simply not yet been a new delivery from California in 2020.