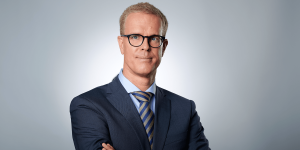 BMW continues to restructure its Board of Management. As the carmaker announced, Klaus Fröhlich, member of the Board of Management responsible for Development, will not extend his contract and will leave the company at the end of June. Frank Weber will take over in July.

BMW has not revealed why Fröhlich is withdrawing. At BMW, board members usually retire when they reach the age of 60, which is now the case with Fröhlich. BMW Supervisory Board Chairman Norbert Reithofer previously let slip that Fröhlich would have liked to make an exception to this rule and have his contract extended. Fröhlich was said to have ambitions for the CEO position after the retirement of BMW CEO Harald Krüger last summer. In the end, however, the Supervisory Board preferred Production Director Oliver Zipse.

A successor has already been determined: Frank Weber will be appointed to the Board of Management on 1 July and will take over Fröhlich’s development department. The mechanical engineering graduate has been with BMW since 2011 and has so far been in charge of the product lines 7 Series, 8 Series, X5 and X7 – i.e. the large and particularly high-margin models. Reithofer says that Weber has contributed “a decisive share” in the success of the large series. Weber strengthens the Board of Management with “his expertise in the areas of overall vehicle responsibility and electric mobility, among others, is outstanding”, BMW CEO Zipse is quoted.

Whether the change from the experienced engine developer Fröhlich to Weber will also lead to a change of direction in the development department in the direction of e-mobility is, of course, still open at this point. Under Fröhlich, BMW failed to bring another BEV onto the market, but instead relied heavily on plug-in hybrids and combustion engines. However, his successor Weber knows first-hand how to build electric cars: From 2007 to 2010, the now 53-year-old led the drive development of the Chevrolet Volt and Opel Ampera in Michigan.

Since Kruger’s retirement, BMW has changed the board of management in several positions. Milan Nelkovic was appointed as successor to new CEO Zipse as Board Member for Production, and there was also a change in the head of the Human Resources department in November. Here Ilka Horstmeier replaced Milagros Caiña Carreiro-Andree, who used to be Human Resources Director. In addition, Peter Schwarzenbauer left the Management Board in autumn 2019 without a successor.