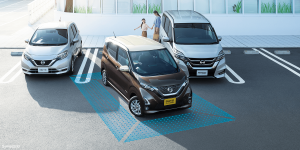 Nissan is gearing up to electrify all new and redesigned models to hit the Japanese market starting in the fiscal year 2020 under tighter emissions rules, local media has learned. There is also news on the upcoming models.

The Japanese business paper Nikkei reports, the automaker would roll out a new electric SUV as early as the second half of 2020 and an electric version of its mainstay Dayz minicar in 2021.

Nissan will also offer hybrid versions of the Kicks SUV, which comes to Japan this summer. The X-Trail SUV will also be offered as a hybrid when updated next year, all using the company’s e-Power system also utilised in the Note.

The existing models have already been best-selling as a quarter of Nissan’s new-vehicle sales in Japan in fiscal 2018 consisted of the Leaf or e-Power hybrids. It aims to expand this share to 50% in fiscal 2022, according to Nikkei.

Also outside of Japan, Nissan aims to generate 50% of sales in Europe and 30% in China from electric-drive vehicles in the financial year 2022.