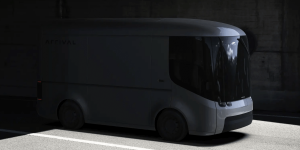 The English electric van manufacturer and vehicle developer Arrival has moved into a new plant in Bicester. The new factory in Oxfordshire is to build, among other things, the electric delivery vans from UPS’ bulk order.

The US logistics company had recently ordered 10,000 electric vans from Arrival and had also entered the British market via its risk capital offshoot. According to Arrival, the agreement with UPS also includes an option for a further 10,000 electric transporters. The total order volume is said to be more than 440 million dollars.

To fulfil the order, Arrival plans to open “micro-factories” near Los Angeles and New York to produce the vehicles for North America there. At the same time, the European vans will be assembled in Bicester. The new UK production facility near the M40 motorway is over 11,000 square metres in size, but Arrival has not stated the capacity of the planned production facility.


Incidentally, Arrival has not purchased the building but has rented it for 15 years from the real estate company VSL. “Arrival’s expansion is really impressive and proof of the confidence of technology and investors in the business model,” says VSL Director Tom Barton. “We have an excellent relationship with the company and are delighted to have secured a new manufacturing facility in Bicester to accommodate its continued growth”.

In mid-January, Hyundai-Kia invested 100 million euros in Arrival, but unlike the electric delivery vans for UPS, this is primarily a matter of ride-hailing or shuttle vehicles. It is not yet known whether the Korean company will manufacture the vehicles in their factories based on the skateboard platform developed by Arrival or outsource the process entirely to Arrival.

Arrival was founded in 2015 and has production facilities and research and development centres in the USA, Germany, Tel Aviv, Russia and Great Britain. According to Arrival, it is currently conducting pilot projects with several logistics companies in Europe using electric vans manufactured using this technology.