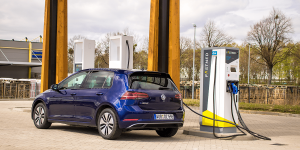 The Dutch charging network operator Fastned has published its annual report for 2019. The turnover generated by charging services increased by 178 per cent to 4.5 million euros compared to 2018.

Total revenue, including income from the construction of stations under service concessions, was thus 6.4 million euros. Due to the rapid growth in sales, the company was also able to achieve a positive EBITDA of 0.5 million euros from the charging operating business for the first time (previous year: -1.2 million euros).

“One of the most important things we did this year was to prove that recharging is a viable business. We managed to generate positive operating EBITDA in 2019 with our network,” says Fastned CEO Michiel Langezaal. “This was achieved with less than 1 per cent electric cars and a network utilization of less than 10 per cent. Imagine what would happen if 10 per cent of cars were electric, as is the case in Norway today. Or 50 per cent.”


The Fastned charging network grew last year by 29 new stations to a total of 114. For further expansion (Fastned uses its own land rather than existing parking spaces, for example at motorway service stations), Fastned acquired 47 new locations, bringing the total number of acquired locations (including existing stations) to 259.

As part of the financial figures, Fastned also provided insights into the use of existing stations. According to these figures, 8 GWh of renewable energy was charged in 2019 as a whole, with growth of 175 per cent, very similar to that of charging sales. In over 500,000 charging sessions, electricity for 39.8 million electric kilometres was thus generated. In the fourth quarter, the company had 43,000 active customers, an increase of 139 per cent over the year. In the fourth quarter, the time-based utilization of the network reached 9.9 per cent.

Due to the Covid 19 pandemic, the fast-charging company is cautious about the future despite the positive growth figures. Due to the current restrictions on public life and travel, daily turnover fell by 70 per cent from February to March. “In addition, Fastned is experiencing delays in the construction of new stations and the modernization of existing ones,” the company writes. “A third effect is that the supply of electric vehicles to the market is likely to slow down due to temporary shutdowns of car factories,” which Fastned expects will certainly slow down growth in the next period.

On the balance sheet, Fastned has liquid funds of 19 million euros at the end of 2019. However, in order to “maintain an (increased) minimum cash buffer until 2021 based on current forecasts”, the company has cancelled part of its planned investments.