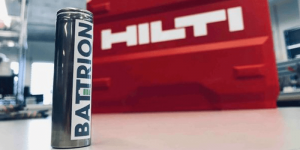 As Battrion explained to electrive, the new cell type is not only suitable for appliances but also for vehicles. The prototype is based on Battrion’s patented Aligned Graphite Technology, basically an improved microstructure on the anode.

According to Battrion, which is a spin-off company from the university ETH Zurich, the battery has a discharge capacity that is up to 20 per cent higher than conventional cells in electrical appliances. In other cell designs and application areas, the technology has even enabled battery cells to increase discharge capacity by up to 40 per cent and reduce charging time by up to 50 per cent. Even with higher charging and discharging performance, heat generation should not increase – which protects the cells or does not place additional stress on them.

According to Battrion, this increase in performance is remarkable “because it is not achieved at the expense of a shortened service life”. Moreover, the technology can be produced in large quantities at low cost. “The ‘Aligned Graphite Technology’ is a manufacturing technology and works with various graphite materials from established manufacturers”, Battrion CEO Martin Ebner told electrive. “This reduces the technical and economic risk and gives the opportunity to gain a competitive advantage in the currently strongly growing battery market”. The companies are able to rely on well-known materials from their established supply chains. For example, there are no compatibility problems with the electrolyte, as the material remains the same.


According to Ebner, Battrion is currently working with several large battery manufacturers and OEMs from different sectors. “It is possible to implement Aligned Graphite Technology in series production together with established battery manufacturers in about two years,” says Ebner. “We believe that rapid up-scaling to GWh/year scales is best achieved through technology transfer partnerships.”

Ebner, who also initiated the collaboration with Hilti in 2014, claims to have gained “important industrial insights” through the cooperation. “The prototypes we have built so far are an important step, which means that a market leader has externally validated the benefits of our technology,” says Ebner. The Battrion CEO had once won the Hilti Prize for innovative research at ETH Zurich for his work on lithium-ion batteries.

Andreas Bong, Head of Corporate Research at the Hilti Group, sees the current development as “further proof of the advantages of maintaining long-standing relationships with leading universities and working openly with young start-ups”.