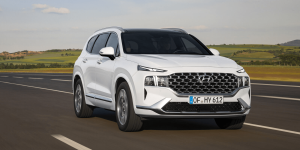 Hyundai has now provided details of the revised Santa Fe, which is also being offered as a hybrid and plug-in hybrid for the first time. The full hybrid is expected to be launched in autumn this year, while the PHEV will take a few months longer.

The hybrid version of the Santa Fe facelift that is available with two-wheel or four-wheel drive features a new Smartstream 1.6-liter T-GDI engine and a 44.2 kW electric motor that draws its power from a 1.49 kWh lithium-ion polymer battery.

The revised Santa Fe will also be available as a plug-in hybrid with four-wheel drive in early 2021. This will also feature the Smartstream 1.6-liter T-GDI engine, which is combined with a 66.9-kW electric motor and a 13.8-kWh lithium-ion polymer battery. As yet, Hyundai has not revealed information on fuel consumption, the purely electric range or the charging system. Since the battery is installed under the driver and front passenger seats, the trunk volume of the PHEV should correspond to that of the combustion engine with between 571 and 831 litres, depending on the seat configuration. 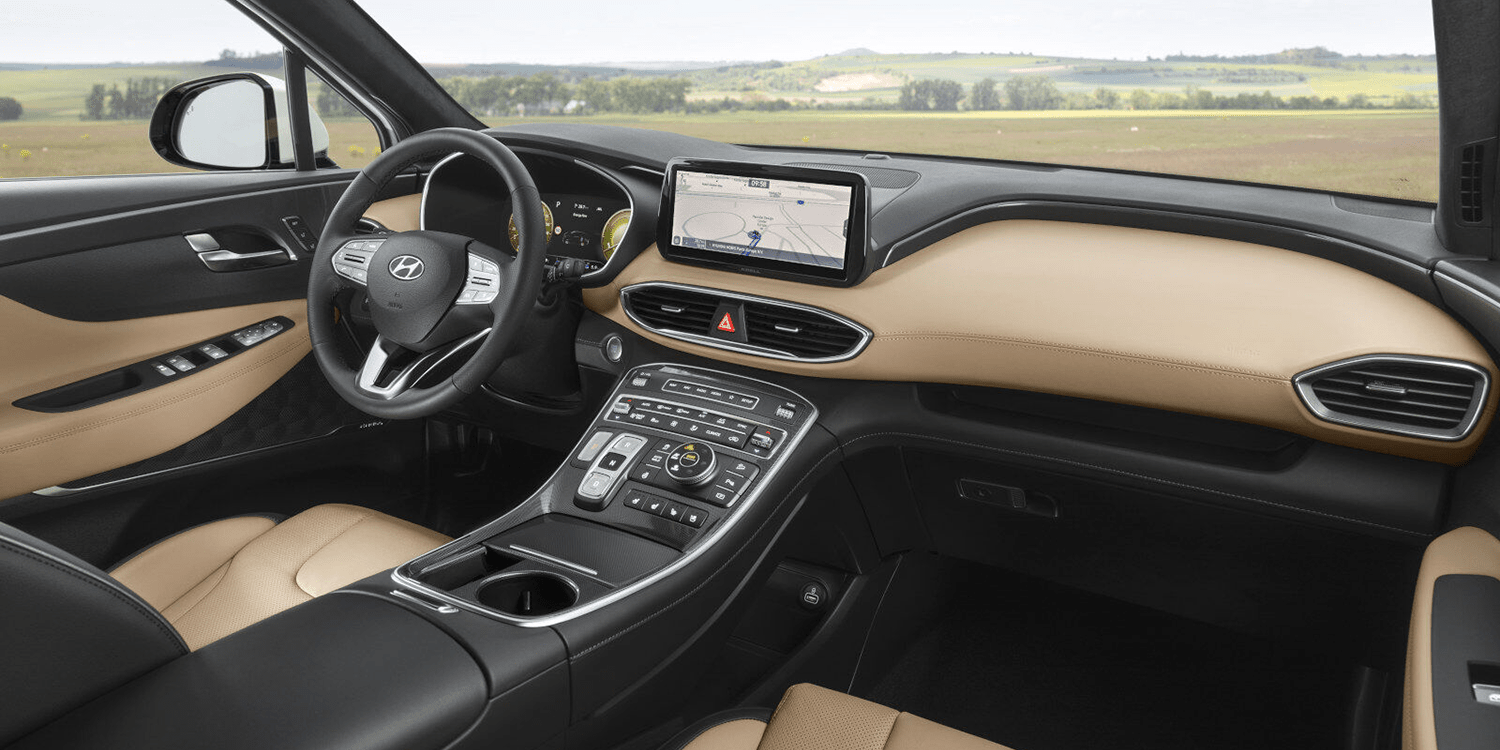 Both hybrid options use a newly developed six-speed automatic transmission, which is designed to increase fuel efficiency. The gasoline engine, which is also a new development, will use CVVD (Continuously Variable Valve Duration) technology to adjust the opening and closing time of the valves to suit the driving situation. Hyundai says this is should increase the vehicle’s performance and efficiency depending on the situation and thus reduce emissions.

Visually, the facelifted Santa Fe model stands out with a widened radiator grille. The grill merges directly into the newly designed headlights, forming a visual unit across the entire width of the vehicle. At the rear, a red band now connects the taillights although this is only a reflector, not an actively illuminated element.