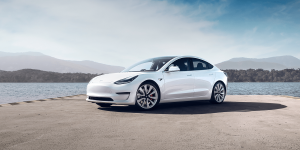 In June, the overall car market in Sweden declined by 21.3 per cent in comparison with the same month last year. At the same time, BEV and PHEV were still able to increase their market share significantly, thanks to the Swedish subsidy system.

The new registration boom for plug-in vehicles is primarily due to a change in the Swedish bonus-malus system that came into force at the turn of the year. This system will affect new registrations throughout the year.

But back to the numbers at hand. In total, Sweden recorded 26,058 new registrations in June. Of these, 1,706 were BEVs and 4,696 were PHEVs, corresponding to a market share of around 6.6 and 18 per cent respectively. Together, the (partly) electric cars thus accounted for a market share of 24.6 per cent. Compared to May, when figures still showed a market share of just over 20 per cent, BEVs and PHEVs were able to make significant gains. In Sweden, there is a continuing trend of higher PHEV sales – around three times as many PHEVs are registered as BEVs. Again you may account this to the bonus-malus system. It has been in force since 2018; however, an amendment effective from 1 January 2020 measures CO2 emissions according to the WLTP cycle – here, consumption and CO2 values are on average 20 per cent higher than in the NEDC previously used. With the higher carbon emissions, some vehicles have moved into a different category, while PHEVs continue to benefit from the lower rate. 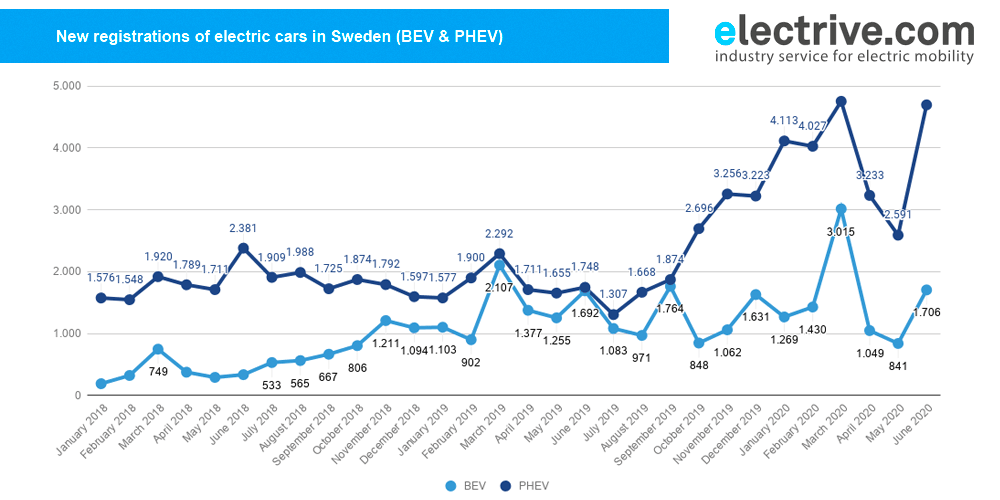 Concerning BEVs, Tesla’s Model 3 took the lead in the first half of 2020. A total of 1,706 units hit Swedish roads. The Renault Zoe landed in second place with 1,137 new registrations. These were followed by the Audi e-tron (1,073).

The Swedish industry association BIL expects that an e-market share of 30 per cent might even be possible for this year as a whole but is calling for further promotion in return: when buying a plug-in vehicle, there should be up to 25,000 crowns (around 2,400 euros) for the old car. This should “be scaled in accordance with the existing bonus-malus system to increase the benefit for the cleanest vehicles”.

With reporting by Daniel Bönnighausen and Nora Manthey.