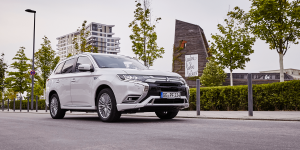 Mitsubishi has presented its strategic plan until 2022. It includes the decision not to launch any new models on the European market for the time being. Existing models are to be sold on.

At the heart of the plan, entitled “Small but Beautiful”, is a concentration of investment on core regions and technologies to increase profitability. At the latest with the reorientation of the Renault-Nissan-Mitsubishi alliance, the Japanese company will have to focus on their most important markets in the ASEAN region of Southeast Asia, Africa, Oceania and South America. This is where Mitsubishi holds a 6.4% market share, as opposed to just 1.0% in Europe and 0.9% in North America.

Europe no longer plays a role in the plan after years of declining market shares. Business with the current model range is to be continued for the time being, while the company promises that after-sales and service for existing Mitsubishi drivers will be maintained. Only new models will no longer be available. The explanation of the “Freeze of Introduction of New Models to European Market” is just six sentences long. This has, of course, sparked speculation that the company is going to withdraw from Europe and Britain all together. A Mitsubishi UK spokesperson told Carscoops, that they couldn’t say exactly for how long their company will shift its focus away from Europe but did add that the situation is “evolving and changing rapidly.”

One of the main objectives of the new strategy is to reduce fixed costs by 20 per cent or more compared with the base year 2009. This is to be achieved through “structural reforms”, better distribution and utilisation of production capacity (whereby plant closures are neither confirmed nor ruled out) and, of course, through products.

As far as electric and plug-in hybrid models are concerned, Mitsubishi is planning to launch the Eclipse PHEV in fiscal 2020 and a purely electric model for the Chinese market in fiscal 2021, which is being developed together with GAC. The new edition of the Outlander PHEV is to follow in fiscal 2022.

Notable is that with its ASEAN focus, the Japanese company wants to focus on core business. This apparently means the continuance of HEV and PHEV focus and generally large vehicles, which are supposed to continue serving a wildly diverse market from the Middle East to some of the world’s most densely populated regions. An indication of a more diversified approach comes from its statements regarding the Philippines, where the company will “start producing and exporting light commercial vehicles to ASEAN.” Mitsubishi is also planning to work with Nissan to create a study of a small, purely electric Kei-car for 2022. The company will also be jointly developing a “new EV” with GAC for China. But the new Outlander PHEV, which has become one of the most popular plug-in hybrids in Germany, for example, will probably never come to Europe again.

“We will shift our strategy from all-round expansion to selection and concentration,” says Takao Kato, Chief Executive Officer of Mitsubishi Motor Company. “First of all, we will complete our structural reforms and further strengthen our competitive areas — ultimately to build a corporate structure that can surely generate profits during this mid-term period.”

Update 29 July 2020: After Mitsubishi announced a purely electric kei-car among other items in its strategic plan, it has now also clear where and when the electric car will be built. The electric miniature car developed with Nissan will be produced at the Japanese plant in Mizushima as early as August 2020. Mitsubishi is investing 8 billion yen (around 65 million euros) in the corresponding conversion of the plant.

Kei-car is the name given to small Japanese cars generally. Apparently every second car in Japan is a Kei-car, which – on account of their small size – do not have to pay the same tax or require proof of parking space.

The investment will be used to convert the assembly lines to the production of electric cars and to create the conditions for the production of its own drive batteries. The planned capacity of the factory has not yet been revealed.

BMW announces fully-electric versions of the 5er and X1