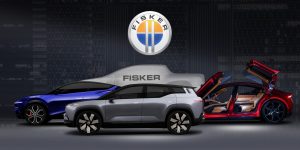 Fisker has announced a total of four models by 2025. The timetable is ambitious considering that the electric carmaker’s first model, the Ocean, is not scheduled to start production until the fourth quarter of 2022.

The electric carmaker announced “three additional electric vehicles from 2023 onwards” via Twitter. In the press release revealing the details of bookings for the Ocean, the company revealed its plans to produce a sports crossover derived from the electric SUV, an electric “super sports” sedan based on the EMotion concept and a “lifestyle” pickup.

The Ocean now has 7,062 pre-orders and over 30,000 expressions of interest. “We had set ourselves the goal of reaching 5,000 reservations by the end of July,” said Henrik Fisker. “So it’s very encouraging to see this level of interest in Fisker Ocean worldwide.”

Of the planned new models, the company announced: “Each vehicle will be delivered utilizing platforms, battery packs and component systems from the world’s leading OEMs and Tier 1 suppliers”. In other words: Fisker wants to dispense with the costly platform development and instead buy-in to an existing one. Vehicle manufacturing could also be outsourced: “Fisker will make its final selection on platform and manufacturing location in the coming months, consistent with the planned start of production of the Fisker Ocean SUV during Q4 2022”.

A few weeks ago, Henrik Fisker told Reuters that it is “not wise” “for an EV startup to attempt to build its own factory.” The company should focus on things like design, software and digital capabilities. According to Reuters, Fisker is already negotiating with Volkswagen about the use of the MEB.

What is not yet clear, is whether all Fisker vehicles will use VW technology or only the Ocean and, for example, the related Sport Crossover. For the luxury sedan, Fisker could then fall back on the platform of another manufacturer – if the company can and wants to afford two platforms.

EV startup Kandi to launch in the USA