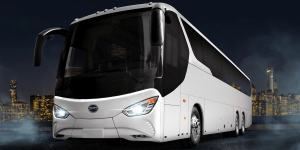 BYD is taking part in a statewide contract that will allow American transit agencies to leverage California’s purchase power to buy BYD e-buses made in Lancaster, California. The agreement includes three models offered at competitive conditions.

The contract serves to aid transit agencies to meet zero-emission vehicle mandates as the California Air Resources Board requires all new bus purchases to be zero-emission by 2029 with the goal of complete fleet transition by 2040. There are over 200 public transit agencies in California operating more than 14,000 transit buses. The statewide contract will also be available to governmental entities outside of California, reports BYD.

“This is a big win for transit agencies and operators throughout the United States,” said Patrick Duan, Vice President of BYD North America. “By leveraging California’s purchasing contract, transit agencies benefit from the convenience of an existing contract and competitive pricing,” explained the executive.

The Chinese company that is advancing to the world’s largest electric bus manufacturer is building the buses at the BYD Coach and Bus factory in Lancaster, California. The zero-emission buses made in California not only meet Federal Transit Administration requirements of ‘Buy America’ but also exceed it, incorporating more than 70% US content. BYD claims that it is the only battery-electric bus manufacturer in the USA that had both an unionised workforce as well as a Community Benefits Agreements, which hires veterans, single parents, second-chance citizens and others facing employment hurdles.

Apart from California, the company has a similar contract with the state of Georgia since 2018.