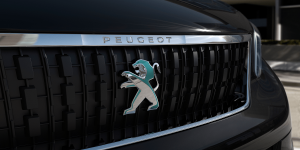 Peugeot is working on a new mini-SUV below the 2008 model, which will replace the compact 108 and will feature a purely electric drive. Unconfirmed reports expect the new Peugeot e-1008 to launch in late 2021 or early 2022.

The reports in local media consider Peugeot wanting to refresh in the smallest segment, both by electrifying and by giving it a larger-looking body of a very compact SUV. If it arrives, the coming 1008 would be longer than the current 108 (3.47 m) but remain smaller than the 208 (4.05 m) and 3008 (4.45 meters).

Electrification is comparably easy for Peugeot. The e-1008 could utilise the same modular CMP platform as the 208 and 2008. This would essentially make it a clone of the DS 3 Crossback (4.12 meters long) and Opel Mokka (4.15 meters long). Both models are part of PSA’s electric ranges that run on 100 kW electric motor from Vitesco. The battery in these models has a 50 kWh capacity with liquid cooling and CATL cells for around 320 – 350 km range in WLTP.

There’s a but though: None of the reports mentions any sources and Peugeot has yet to comment. However, CEO Jean-Philippe Imparato in March announced that Peugeot had decided to provide a successor to the 108. He then also said that electric would be the only way. Another option under revision was to use the technology of the fusion partner Fiat, more precisely the platform of the new Fiat 500 (87 kW motor, 42 kWh battery capacity for 320 kilometres WLTP range)

There’s a logic to the speculation that once the 108 discontinues, Peugeot will be missing a small car in its range. Given the worldwide (electric) SUV boom, a successor like the proposed mini-SUV is likely.

Market entry would then indeed make sense around 2022 when the 108 (from cooperation with Toyota) retires. The reports envision a base price from 25,000 euros for the electric car version Peugeot e-1008.