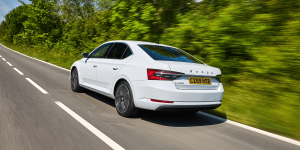 According to British media reports, the tightening of the ban on new registrations of vehicles with petrol or diesel engines is a reaction to criticism from experts. According to these experts, the year 2040, which has been targeted so far, is too late to reach the goal of being practically CO2-free by 2050. A further aggravation is that, in contrast to the plans announced in July 2017, hybrid cars are now included – not only mild and full hybrids but all types of hybrid vehicles, including plug-in hybrids.

Until now, the ‘Road to Zero’ strategy has allowed “low-emission vehicles” such as HEVs and PHEVs with CO2 emissions of less than 75 grams per kilometre. However, the new plan only provides for zero-emission vehicles.

The main criticism: If new combustion engines are still allowed to be registered in 2040, they will still be on British roads in large numbers in 2050. If the ban comes into force as early as 2035, there will be significantly fewer conventional cars in the vehicle population by the target year 2050, according to the experts. Some government advisors had demanded that the registration ban be introduced by 2030 at the latest. The government is allowing itself a loophole at this point, according to which the plans could be brought forward again “if a faster transition were possible”.

The news comes on the heels of British Prime Minister Boris Johnson speaking at a kick-off event for the COP26 climate summit. The PM said “hosting COP26 is an important opportunity for the UK and nations across the globe to step up in the fight against climate change. As we set out our plans to hit our ambitious 2050 net-zero target across this year, so we shall urge others to join us in pledging net zero emissions.” The summit itself will take place in Glasgow in November 2020. Ahead of the launch event, Transport Secretary Grant Shapps said: “We want to go further than ever before. That’s why we are bringing forward our already ambitious target to end the sale of new petrol and diesel cars to tackle climate change and reduce emissions”.