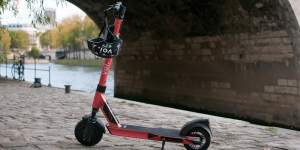 A twelve-month trial with electric kick-scooters in Coventry, England, has been paused only five days after it started. Contrary to regulations, the vehicles were used on sidewalks and discarded throughout the city. The Council is now reviewing the best way to ensure the e-scooters are used appropriately.

Feel like you’ve seen this before? Yes, well, it seems to happen everywhere before legislation and user culture catches up. In Paris, when the micromobility vehicles were introduced in 2019, the now recently re-elected mayor Anne Hidalgo described the situation as “anarchic”, while transport minister Élisabeth Borne stated at the time that the city was “under the law of the jungle”.

That was by no means the end of the story for electric kick-scooters in Paris though. Not one to give up on sustainable mobility, Mayor Hidalgo has responded with appropriate legislation as well as carefully choosing kick-scooter companies while stipulating their responsibilities.

Not to forget, that the trials now running in towns across the UK have also been introduced for a reason – find “appropriate” legislation. The UK has only now begun to approve pilot projects. Let the games begin.

The Zetta won’t getcha in Russia