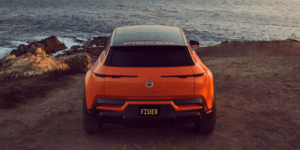 A few days ago it was announced that Magna will manufacture the Ocean electric SUV for Fisker in Europe. However, the announcement does not indicate exactly when Fisker plans to move into its new European headquarters in the Bavarian state capital.

In addition to the proximity to the development partner and contract manufacturer Magna, company founder and head of the company Henrik Fisker justified the choice of Munich with its important role in the automotive industry. “By locating our regional headquarters in southern Germany, we can quickly and efficiently start building our sales activities throughout Europe,” Fisker said. “Easy access to the highway network and Alpine roads was also a consideration in validating our goals for vehicle performance”. The CEO also referred to Viggo’s order, which shows the “potential growth in Europe”. The Danish carsharer has already ordered 300 Fisker Ocean, although the vehicle is not expected to be built until the fourth quarter of 2022.

With the name “Matrix”, the new European headquarters fits in with the naming of other locations based on Hollywood movies. The new “global HQ” will be called “Inception” and will be located in Manhattan Beach, California.