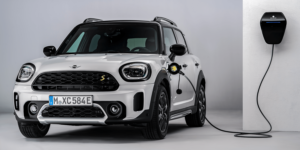 BMW has completed its new strategy for the Mini brand, which envisages a fully electrified model portfolio by 2024. However, Mini will continue to offer Mini combustion engines until 2030.

As brand boss Bernd Körber told the German publication WirtschaftsWoche, the Mini brand will probably “be completely electric earlier than most other brands”. He assumes that beyond 2025, more than half of all Mini cars sold will be purely electric. In 2030, Mini could then be an electric brand.

For the end of 2020, Körber assumes that 10 to 15 per cent of all Minis sold will be the electric version Mini Cooper SE or the PHEV in the Mini Countryman but Körber did not say what proportion of these will be BEV or PHEV. At the end of 2021, the share is expected to increase to 15 to 20 per cent.

Further details of the Mini brand’s electrical plans are given were given in an official BMW announcement. The future core portfolio of purely electrically powered vehicles will include the Mini three-door model, a new crossover model in the small car segment and also a compact crossover model. The latter is the current Mini Countryman, while there is no comparable model in the current Mini range for the small car crossover. BMW justifies the decision for the two crossovers that will be placed alongside the classic Mini with “an expansion of the product range specifically oriented to customer wishes”.

The small car crossover is to be offered only with an electric motor, the next Countryman is to continue to be sold with combustion engines in addition to electrified drives. “With the two pillars of our drivetrain strategy, we are pursuing the Power of Choice approach to meet the needs of our customers around the world,” Körber said in the BMW press release.


BMW’s statements are in line with earlier rumours about the electric future of Mini: As early as July 2019, there were reports that Mini wanted to bring the show car Rocketman, which was already shown in 2011, as an electric car produced by the Chinese joint venture Spotlight Automotive together with Great Wall. This June, there was speculation that Spotlight Automotive would be the first Mini model to build a five-door SUV in a crossover style with dimensions similar to those of the BMW X1 since an SUV was said to have greater market potential. But this also means that with the focus on the three-door model, the five-door model introduced in the current generation will probably become obsolete.

Back in July 2019, Peter Schwarzenbauer, who was responsible for Mini on the BMW Board of Management at the time, had already hinted in an interview that Mini could become a purely electric brand by around 2030, which is a target that brand CEO Körber has now repeated. At the time, Schwarzenbauer – who has since left the Board of Management – explained: “For Mini, the Countryman as a plug-in hybrid was the first move – it is working much better than originally planned and shows electrifying Mini is the right way to go.”

The rumours were confirmed on another point insofar as the new electric Minis are not planned to be based on BMW technology. On the basis of a new vehicle architecture developed from the outset for purely electric cars, battery electric vehicles for the world markets are to be produced in China from 2023 onwards in cooperation with the local manufacturer Great Wall Motor.

Ein Kommentar zu “Mini portfolio to be fully electrified by 2024”