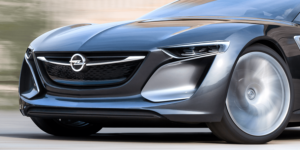 According to a report in Germany’s Auto Motor und Sport magazine, Opel could launch the new electric Monza in 2024. Opel CEO Michael Lohscheller told the paper that he wanted to bring sports cars back to the future of the brand, also known as Vauxhall. “Mobility must be fun, it must appeal to the heart and not just the brain. This applies all the more to electromobility,” the executive declared.

The Opel Monza is a child of the company’s wilder times in the 1980s. The sports coupé led the lineup from February 1978 to June 1986, and Opel presented a reinterpretation at the IAA in 2013. Only it remained a one-off.

If reborn as an electric vehicle, Auto Motor und Sport suggests, the PSA brand based in Rüsselsheim was planning a 4.90-meter car based on PSA’s eVMP (Electric Vehicle Modular Platform) architecture. The French had announced this new architecture in summer. Designed for front-wheel and four-wheel-drive systems with up to 250 kW of power, the platform allows integrating battery packs with 60 to 100 kWh capacity for WLTP ranges of 400 to 650 kilometres. At least once it arrives, likely in 2023 in the form of a C-SUV, probably the new Peugeot 3008.

So far, PSA has produced its electrified models exclusively based on the eCMP (for smaller vehicles) and EMP2 (C and D segment) platforms. These allow the French to produce all vehicles on a single line regardless of drive type. PSA boss Carlos Tavares aims to achieve the greatest possible flexibility in the drive mix at the lowest possible cost.

Opel too has been using the eCMP platform to electrify vehicles such as the Mokka E. “With the Mokka, we have virtually reinvented Opel,” Lohscheller boasted at the debut in Germany this September. The car is also available in the UK alongside a growing lineup of electric vans such as the Zafira-e.

Bentley to build only all-electric cars by 2030