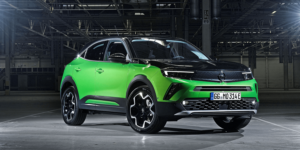 Opel has just announced the prices for the Mokka-e a few months after the world premiere. Deliveries are scheduled to start in early 2021.

In the UK, prices for the Vauxhall Mokka-e start from £30,840 for SE Nav Premium models after the Government Plug-in Car Grant (PiCG). With orders now open, deliveries are set to begin in Great Britain in April 2021.

In Germany, Opel has given the starting price as 32,990 euros before subsidies with 19 per cent VAT. This brings the environmental bonus to 9,570 euros since the manufacturer’s share of 3,000 euros is still subject to VAT. These subsidies bring the entry-level prices in Germany down to 23,420 euros.

Opel revealed the Mokka-e with the new brand face and initial technical data in June. Propulsion is provided by the same e-drive train as the PSA Group’s e-CMP used in other models that range from the electric delivery van to SUV models such as the Peugeot e-2008, down to the Corsa-e small car. The electric motor delivers 100 kW (136hp), the electronically limited top speed is 150 km/h. Opel cites a WLTP range of up to 324 kilometres (201 miles) for the 50 kWh battery, which is two kilometres more than the previous preliminary figure.

The Mokka-e is the first model to bear the new brand face, described by the manufacturer as ‘Opel Vizor’. Other premieres will follow in the form of the redesigned Opel flash, centrally aligned model lettering at the rear, the fully digital cockpit called ‘Pure Panel’ and the first Opel that to be available with a battery-electric drive right from the first model launch. “With the Mokka, we have virtually reinvented Opel,” Lohscheller said confidently at the premiere in Rüsselsheim, Germany.

In both Germany and the UK, the Mokka-e comes with a standard three-phase 11 kW on-board charger and the electric car’s AC charging capacity is 11 kW. On DC rapid chargers, the Mokka-e can charge at up to 100 kW, and the battery can be recharged to 80 per cent in 30 minutes, corresponding to an average charging capacity of 80 kW. Like the Corsa-e, the charging port is located on the driver’s side above the rear wheel.

With the model change from the old GM platform to PSA technology, the Mokka-e has become 12.5 centimetres shorter and now measures 4.15 metres. At the same time, the wheelbase has remained almost the same (+2mm). Opel thus intends to offer a “comparable load volume” of 350 litres, but also a more compact and agile car for the city. Above all, the front and rear overhangs are shorter, which also changes the proportions of the vehicle. The shorter, but somewhat stiffer body also contributes to the Mokka’s weight reduction by up to 120 kilograms.

Opel says that the Mokka is already “richly equipped” at an entry-level price with, for example, a front collision warning system with automatic city hazard braking and pedestrian detection, lane departure warning, traffic sign and fatigue detection, and even intelligent cruise control and speed limiter. A radio with a Bluetooth connection and seven-inch colour display is also available ex-works. There is also a multimedia navigation system with a seven-inch screen diagonal and a ‘Multimedia Navi Pro’ with a ten-inch touchscreen. Opel has not said whether the more expensive Mokka-e has a higher quality basic equipment than its combustion engine counterparts, which are available from 19,990 euros. Both the gasoline and diesel versions deliver less power than the 100 kW Mokka-e.

Opel has not revealed what percentage of its Mokka vehicles will be the electric versions. The company has released the first sales figures in Germany for the Corsa-e: Opel Germany boss, Andreas Marx told the German news agency Spotpress that one in three private customers in Germany have opted for the Corsa electric car.

VW hands over the ID.3 1st Edition to UK customers