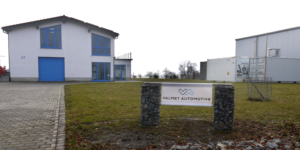 The additional 1,500 square meters in Weihenbronn, Baden-Württemberg will now provide additional capacity. “Our test centre in Bad Friedrichshall and the possibilities at the new location in Weihenbronn complement each other perfectly. With the new location we are now able to significantly expand our test capacities and test expertise in a cost-effective way”, says Jyrki Nurmi, Senior Vice President EV Systems, Valmet Automotive Group.

The facility includes a workshop, prototype construction and an electrical laboratory with “highly sought-after test benches” where battery technology can be tested. In addition, there are outdoor test containers for extensive battery destruction and abuse testing at cell and module level.

Valmet Automotive said in October that it will withdraw from traditional engineering services in order to focus more on e-mobility as a contract manufacturer and system supplier. As a Tier 1 system supplier in the battery business, it is now said that access to these tests and results is of great importance for the company’s product development. “In the future, we will be able to build up the latest battery innovations and test technologies such as new cell welded joints, new sealing concepts and new measures to improve the fire behaviour of batteries by means of prototype construction,” says Mathias Würges, Vice President Engineering EV Systems.

In addition to Bad Friedrichshall and Weihenbronn, Valmet Automotive conducts battery tests in Uusikaupunki, Finland. Based on the car plant, the company also manufactures battery systems there. A further battery assembly facility is located in Salo, Finland. Valmet announced that it would increase production capacity there earlier this month.