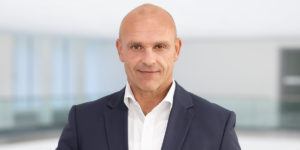 While VW Group CEO Herbert Diess’ requested early contract renewal is still not clarified, another top executive Volkswagen is making a big change: eMobility board member Thomas Ulbrich is leaving the Group next year. The reasons for the move are being hotly discussed in the German media with different theses.

At the same time, Volkswagen denies reports that Ulbrich is leaving the company because of a dispute with Group CEO Herbert Diess. Before this official confirmation, Handelsblatt trade newspaper had reported on his possible departure. In view of electric vehicles becoming the norm as emission standards tighten, the carmaker would not need a separate department for electric vehicles and can integrate them into the usual production organisation.

For the last few days, the rumour was circulating that Ulbrich could switch to Volkswagen’s China joint venture with JAC and develop the small electric car for the group there. Ulbrich spent several years in China at the joint venture with SAIC. Rumour then had it that 54-year-old Ulbrich turned down the JAC offer and would probably leave the Group in the near future. The ensuing vacant position of the Board of Management member responsible for e-mobility at the core brand VW, will then be available internally, the Handelsblatt report said, citing Group circles.

Ulbrich is said to have rejected responsibility for the JAC project on the grounds that the position was a step backwards in the company’s corporate hierarchy. Ulbrich is currently a member of the VW brand board of directors. From the JAC position, Ulbrich would have reported to VW China boss Stefan Wöllenstein, although Wöllenstein and Ulbrich are currently on the same hierarchy level. Since there was apparently no other internal offer for Ulbrich, the latter obviously preferred to withdraw from the group. Ulbrich has been with Volkswagen since 1992.

In his function as eMobility Board Member, Ulbrich is primarily responsible for the production of the MEB models. Internally, the assessment of Ulbrich’s activities is apparently divided: Some criticise the problems and delays at ID.3 under his charge, while others say that without Ulbrich’s work things would have been much worse and see him as the “saviour of ID.3”. A top manager at Volkswagen told the Handelsblatt newspaper: “We are losing one of our best people. The company should have offered Ulbrich a much better-paid position in recognition of the work he has done at Zwickau.”

At the top of the Group, however, the question of power has not yet been resolved. Herbert Diess will remain Chairperson of the Volkswagen Group for the time being. On Tuesday evening, the Presidium of the Supervisory Board was not yet able to reach a decision on a possible early extension of the contract. For the time being, Diess has therefore neither been given the desired confidence nor has it been denied. That being said, the Presiding Committee does not make up all the members of the Supervisory Board, but their decisions generally get taken on at VW since the remaining members of the Supervisory Board usually follow the position of the respective member of the Presiding Committee in their parliamentary group.

At the meeting of the Presiding Committee on Tuesday evening, Diess is also said to have personally presented his view of the current situation. In the run-up to the meeting, it was considered possible among Group circles that Diess may resign if he is not able to sufficiently assert – even with regard to the personnel he requested for the Finance and Purchasing departments. But it was also said that all of the important groups on the Supervisory Board could imagine further cooperation with Diess.

According to the Handelsblatt, the entire Supervisory Board is to meet next week. But even then, there may still be no decision on the Diess case, and the open positions on the Board of Management will not be fillable by next week. The Handelsblatt cites company circles according to which there is still “time until spring” for these kinds of decisions.