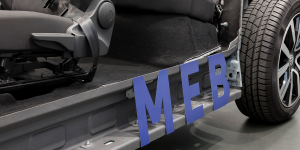 As the German trade newspaper Handelsblatt writes referring to “current VW plans”, the Group is counting on its Chinese joint venture partner JAC. The first version of the new car is initially to be built only in China and exported to Europe.

In addition to the model probably named ID.2, a second version for the Seat sub-brand Cupra is also to be built at JAC. Possibly from 2025, the duo could also be built in Europe. According to the Handelsblatt with reference to “corporate groups”, the Seat parent plant Martorell near Barcelona is currently the favourite option. The Spanish government is making intensive efforts to bring small car production to Catalonia in order to secure the Seat plant in the long term. At the same time, production in the multi-brand plant in Bratislava, Slovakia is conceivable due to the lower labour costs. The plant currently produces VW e-Up, Seat Mii electric and Skoda Citigo iV.

In order to reduce costs and thus the possible sales price to less than the targeted 20,000 euros, according to Handelsblatt, LFP batteries will be used. The iron phosphate-based batteries are cheaper, and Tesla is also using this cell chemistry in the Model 3 SR+ built in China.

Given the project’s past history, JAC’s involvement is hardly surprising and has been planned for some time. Originally, Seat was to develop the MEB small car for the Group, and the contract was awarded to Spain in March 2019. However, in May 2020 there were reports that VW boss Herbert Diess had withdrawn the development of the MEB small car from Seat. This was simply because Seat had postponed its market entry in China indefinitely, which meant that the cooperation with JAC that had been planned at that time, was no longer possible. Consequently, Wolfsburg Martorell had withdrawn the project with the China partner.

Now the project could end up back at Seat via Wolfsburg and China, even if only as a production partner, not in development. This being said, the information in the Handelsblatt article has not been confirmed by Volkswagen.

In September just past, the VW daughter barand Škoda sold out of its small electric Citigo-e iV and took the car permanently out of circulation. At the same time, VW imposed a temporary order stop for the e-Up in Germany, also due to high demand.

While the order stop for the VW e-Up in Germany is officially only temporary, Volkswagen’s Czech subsidiary Škoda is out of production. While the model proved popular in the UK Sales and Marketing Director Alain Favey told Autocar at the time: “Citigo is gone – as far as Europe is concerned we are sold out. There will not be a replacement of the Citigo and we have no intention to have a car of this size in the future”.

For its part, VW said: “Due to the sharp increase in demand for e-vehicles, we have decided to adjust our offer in Germany and temporarily remove the small car e-Up! with current delivery times of 16 months from our order offer,” a spokesperson confirmed to electrive. “In the interests of our customers, we are instead focusing on quickly available e-vehicles.” The speaker referred to the ID.3 and various PHEV models.

More recently, Tesla CEO Elon Musk suggested that Tesla could make a European model that is a little more compact, inspired by a personal experience. During one of his visits to Germany and Giga-Berlin, he and his companions were driving in Berlin in a Model X. “It took us quite a while to find a parking space that was big enough,” said the Tesla boss, who has lived in California for years. “In the US, cars tend to be bigger for personal taste reasons and in Europe, it tends to be smaller. If you try to park in dense urban environments, having a car that fits in tight parking spaces is important.”

A very strange state of affairs for Volkswagen, who has be flailing somewhat with the task of providing a small, energy-effective, affordable and available electric car for Europe.