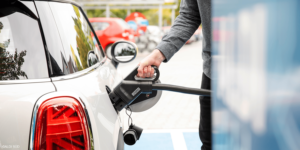 The Welsh Government has published its strategy to increase the number of electric car charging points in the region. The guiding vision states that “by 2025, all users of electric cars and vans in Wales are confident that they can access electric vehicle charging infrastructure when and where they need it.”

The initiative is being taken quite seriously: a proposed investment of £30 million over five years will be set aside for the project. A consultation on the strategy has been launched already.

Wales currently only has about 0.17% of vehicles on the road running fully-electric, however, over the next decade, the strategy identifies the need for between 30,000 and 50,000 fast chargers and 2,000 to 3,500 rapid/ultra-rapid chargers, as the EV population continues to grow. Accelerating the growth without sufficient charging stations is of course very difficult, which is why this is where the Welsh government chose to start.

The Welsh government has identified several “desired outcomes to increase confidence”, including contactless payment and an associated app-based system, with “simple and accessible” pricing information. Wales also wants to see consistent information about charging on main roads, reliable and available infrastructure, including 24/7 customer support and safe environments for charging facilities.

Ken Skates, Minister for Economy, Transport and North Wales, commented “We are at the early stages of a transport revolution that will see the phasing out of petrol and diesel cars and vans. To tackle the climate emergency our transport system must become cleaner and greener.”

Britain will ban the sales of vehicles running on fossil fuels by 2030, five years earlier than initial proposals suggested. The measure is part of a nationwide ten-point plan for a “green industrial revolution”.