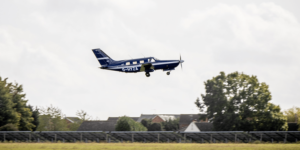 ZeroAvia has just closed a funding round with a group of investors that includes Amazon’s Climate Pledge Fund, Bill Gates’ Breakthrough Energy Ventures, Ecosystem Integrity Fund, Horizons Ventures, Shell Ventures and Summa Equity. The company plans to use the new capital to launch the next phase of R&D, which will focus on developing and testing the certification-ready ZA-600 powertrain.

ZeroAvia is also partnering with British Airways. In the medium term, ZeroAvia aims to integrate its technology into aircraft with ten to 20 seats, which will then offer a range of up to 500 miles (804 kilometres). These aircraft would be used for commercial passenger transport, but also (in converted versions) for cargo. ZeroAvia expects the hydrogen-electric powertrain to have lower operating costs than comparable kerosene-powered aircraft due to lower fuel and maintenance costs.

The pledged £12.3 million (just under €13.7 million) in funding from the British government will specifically help the propulsion specialist develop a 19-seat hydrogen aircraft by 2023. The current cash injections (investment and funding) account for a large part of ZeroAvia’s total capitalised funding of the equivalent of just over 40 million euros since its founding. The company believes it is realistic to have an H2 aircraft with up to 80 seats and 800 kilometres of range as early as three years after the 2023 interim stage, and examples with more than 100 seats and over 1,600 kilometres of range by 2030.

“In fact, over ten forward-looking airlines are now gearing up to implement our powertrains when they are ready in 2023,” says Val Miftakhov, founder and CEO of ZeroAvia. There is a growing recognition in both the aviation and financial markets that hydrogen is the only meaningful path to zero-emission flights on a large scale. ZeroAvia announced a collaboration with British Airways to discuss opportunities for switching from fossil fuels to zero-emission hydrogen.

In September, ZeroAvia reported the first flight of an aircraft powered by its hydrogen engine. The manoeuvre was successfully carried out as part of the HyFlyer project supported by the British government at Cranfield, located east of Milton Keynes. In June of this year, ZeroAvia successfully completed the first flight of a battery-electric aircraft. A zero-emission 250-mile flight from an airfield in Orkney was to take place before the end of this year. This is now planned “in the next three months,” according to the company. The distance of 400 kilometres is equivalent to the distance between London and Edinburgh or Los Angeles to San Francisco.

ZeroAvia has moved its headquarters from Northern California to England. At the same time, offices in the U.S., China, Japan and South Korea have also been expanded.