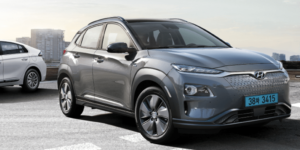 The South Korean government has decided to stop providing subsidies for electric vehicles that cost more than 90 million won (the equivalent of around 67,800 euros). A further price level will be added confirming what was rumoured over the summer.

As a result of the price cap, expensive electric vehicles will be excluded from the subsidies. For Tesla, this affects the Model S and X, but the Porsche Taycan, Mercedes EQC, Audi e-tron and Jaguar I-Pace are also no longer eligible for subsidies, with prices ranging from 95.5 million won (EQC) to 145.6 million won (Taycan).

Electric cars currently built locally in South Korea are not affected by the new price classification, at least for the moment. The electric versions of the Hyundai Kona and Kia Niro currently cost less than 50 million won. The price for the Hyundai Ioniq 5, which is scheduled to go on sale later this year, has not yet been determined, so it is not yet clear whether the Ioniq 5 will receive the full or half subsidy rate.

When it comes to imported electric cars, the Tesla Model 3 is the most popular model. In the base version, the vehicle costs 53.69 million won in South Korea, but with the nine million won full self-driving package, the Model 3 is already above the 60 million won mark. The long-range models start at 63.69 million won. Which subsidy these models will now receive depends on the exact wording of the new scheme. In Germany, all Model 3 examples are eligible for the full subsidy rate, as the different powertrains are considered equipment of the 2021 Model 3 and have not been registered as a separate model.

It is still unclear whether a similar solution is possible in South Korea: although the Ministry of Environment has made the decision, it still wants to accept comments on the plan until 19 January and will only then implement the plan.

Last year, criticism of the subsidy scheme arose after 43 per cent of all subsidies applied for in the first half of the year were for Tesla vehicles and not for domestically produced electric cars.