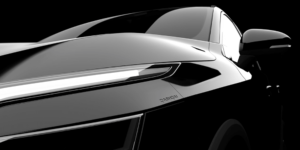 Nissan provides some technical data on the Qashqai e-Power, two months after first announcing the hybrid vehicle to come to Europe. The e-power system combines a 140 kW electric motor and 1.5-litre gasoline engine that drives the power generator for charging the battery.

The gasoline engine has an output of around 115 kW. Thanks to the powerful electric motor, Nissan claims the Qashqai would accelerate faster than comparable hybrid SUVs. The company also considers the drive to be quiet and offer a high degree of smoothness, as the system can operate at a lower engine speed with the combustion engine. Whether this will hold at higher speeds or when accelerating more strongly remains to be seen. Usually, the combustion engine has to cover the electric motor’s power requirement with higher engine speeds.

The Qashqai e-Power is a pure front-wheel-drive whereas the Note e-Power, which is only available in Japan, has recently received the option of a second electric motor on the rear axle. Whether Nissan plans such an option for the Qashqai is open at this point. 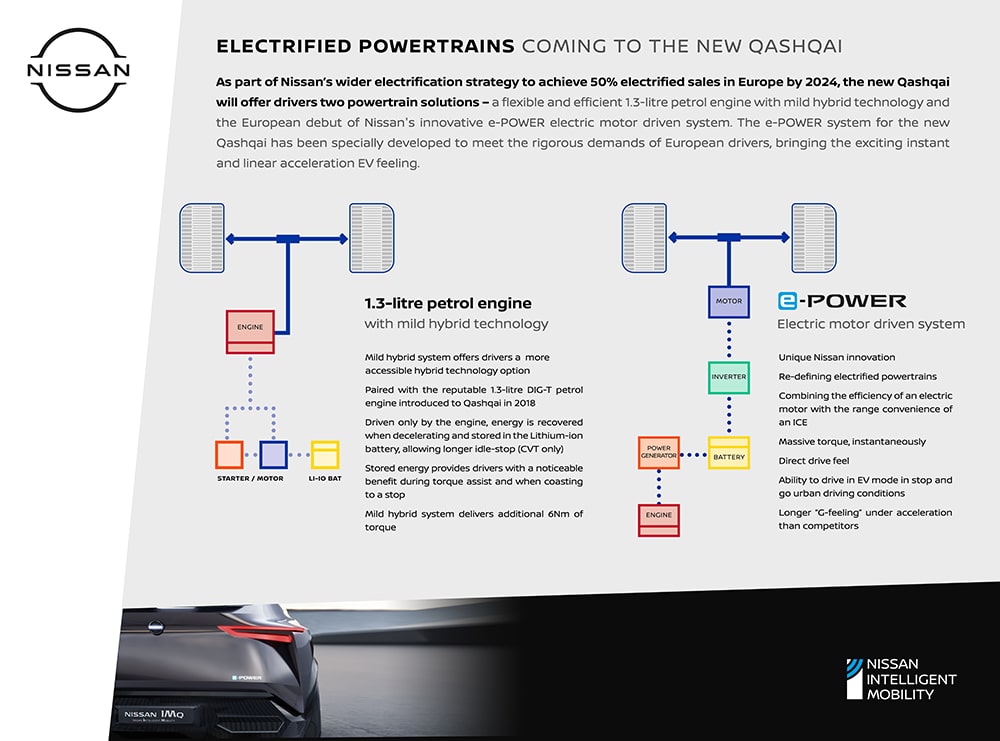 The e-Power drive is a serial hybrid system, not a parallel hybrid as in Toyota’s HEVs. The drive system’s main energy source is not the battery, but a gasoline engine that functions exclusively as a generator. The electric motor then transmits the power to the wheels for propulsion. Since the 140 kW e-motor also has sufficiently high deceleration power in generator mode, Nissan offers “one-pedal driving” known from its electric cars Leaf. Nissan specifies deceleration as low as 0.2g.

Drivers may choose between three drive modes: Standard, Sport and Eco. In Standard mode, the system offers excellent acceleration and deceleration performance through e-motor recuperation that is comparable to the engine braking of a conventional gasoline-powered vehicle. On the other hand, in Sport mode, the vehicle’s acceleration and elasticity are improved by shortened engine shutdown times. Finally, in Eco mode, the maximum amount of fuel is saved by the battery management system optimizing current flow and allowing the driver to make ideal use of the coasting phases at constant speeds. In all three modes, B-mode can also be activated, which boosts energy recovery (recuperation).

Sales of the Nissan Qashqai e-Power will begin in 2022, according to Nissan. The company has yet to publish pricing for the hybrid SUV. The Qashqai marks the debut of the e-Power system in Europe. In Japan, it is in use in the Note and Serena vehicles.