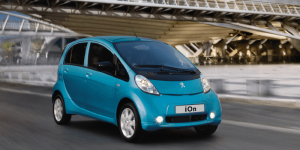 According to Kfz-Betrieb Vogel, the reason for the recall is a potential failure of the vacuum pump responsible for brake boosting. In Germany, around 4,400 vehicles are affected, mostly Mitsubishi I-Miev.

PSA models Citroën C-Zero and Peugeot Ion, which are built the same, are as affected though and the recall considers the cars worldwide.

The issue is also not new. According to the report, first warnings came in as early as in 2013.

These “have nothing to do with the current measure,” the Mitsubishi spokesman stressed, however. The PSA spokeswoman also said there was no connection with the earlier recalls.

When EVs had their a-ha moment in Norway