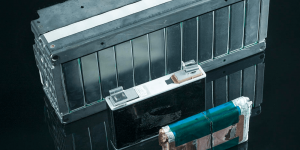 Fortum is expanding its electric vehicle battery recycling business with a new mechanical processing plant in Ikaalinen, Finland. This will complement Fortum’s existing hydrometallurgical pilot plant in Harjavalta, Finland, which can already operate on an industrial scale.

Fortum says it plans to open the new mechanical recycling plant in February and expects to employ up to 20 people on site. When the new plant is operational, Fortum says it will have an annual capacity to recycle approximately 3,000 tonnes of used batteries in Finland, equivalent to around 10,000 electric car batteries. “Our goal is to steadily increase this capacity in the coming months and years to close the raw material gap that the automotive industry is facing due to the electrification of transport,” says Tero Holländer, Head of Business Line Batteries at Fortum.

The Finnish company explains that many recycling companies rely on smelting processes to recover battery metals, “which leads to lower material recovery rates and higher emissions”. On the other hand, Fortum uses both mechanical and hydrometallurgical methods, with which it claims to achieve a recovery rate of up to 95 per cent of those metals contained in the active materials of the so-called “black mass”.

So in Ikaalinen, discarded batteries will in future be mechanically crushed and the metals separated to produce black mass. This will then be delivered to the processing plant in Harjavalta, where the further recycling process will take place.

A few weeks ago, Forum announced that it had developed a new method to recycle lithium from batteries. The patented technology is supposed to reduce the environmental impact of recycling lithium. Fortum has not yet given any further details about the new method, the exact procedure and the improvements allegedly achieved. For example, no percentage improvement or increase in efficiency is mentioned. Nor is there a recycling rate for how much of the material can be recovered with the process.

In spring 2019, Fortum reported that it had achieved a recycling rate of over 80 per cent with its hydrometallurgical process for recovering cobalt, nickel and manganese. As the company does not specify the metals to be recycled in its current announcement, this figure cannot be directly compared to the 95 per cent recovery rate mentioned above. Separately, in March 2020 Fortum signed a memorandum of understanding with BASF and Nornickel to establish a battery recycling cluster to serve the electric vehicle market.