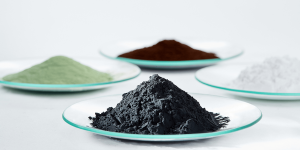 Fortum, BASF and Nornickel have signed a letter of intent to establish a battery recycling cluster to serve the electric vehicle market. The aim is to create a closed loop for the reuse of the critical metals contained in spent batteries.

By recycling valuable metals from lithium-ion batteries, the trio aims to reduce the environmental impact of manufacturing electric vehicle batteries. The recovered raw materials will supplement the supply of cobalt, nickel and other critical metals from primary sources. All three partners are players in the Finnish battery industry: Fortum is a Finnish energy supplier which, through its earlier acquisition of Crisolteq, has been able to “increase the recovery rate of recyclable materials in lithium-ion batteries from 50 to over 80%”, according to its own statements. The German chemical company BASF is building its first site for the production of cathode materials for the European automotive market in Harjavalta, Finland. The Russian mining group Norilsk Nickel (Nornickel) also operates a nickel refinery in the vicinity of the new BASF factory.

BASF intends to use the recycled materials from the processes developed by the other two companies as part of the cooperation at the Harjavalta plant. The partners want to ensure that the recycling process uses electricity from renewable sources.

Nornickel describes the construction of a modern recycling plant as a further step towards becoming “one of the most sustainable nickel refineries in the world”. The Russian company and BASF have been partners for some time and have already announced that they want to further intensify their cooperation.

BASF’s investment in its Finnish plant is part of a multi-stage investment plan worth €400 million that the company announced in mid-2017. The cathode materials business is still a relatively small unit under the BASF umbrella but is one of the Group’s most important innovation projects. From 2012 to 2015, the company made a number of acquisitions and investments to gain access to the cathode market. Its main competitors are several large Asian producers as well as the European companies Johnson Matthey and Umicore.