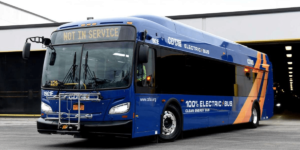 Washington’s King County Metro is acquiring 20 additional New Flyer electric buses. This follows the completion of an 18-moth test for two of the particular e-bus models launched in 2018. They also hold an option to purchase up to 63 additional zero-emission buses.

As the contract began in 2018, the two electric buses already positioned will remain the new fleet’s first units. This will then total 22 electric buses in the Washington State King County Metro fleet at the official launch once New Flyer completes the order.

The 22 electric buses of type New Flyer Xcelsior CHARGE will not mark the end of the Washington State public transport operator’s electrification efforts. King County Metro has already publicly committed in January 2020 to achieve a 100% zero-emissions fleet powered by renewable energy no later than 2040. King County Metro is one of the ten largest public transport operators in the USA, trafficking around 122 million passengers each year in King County, including the city of Seattle.

Interestingly enough, this is not the first delivery for New Flyer to the North-Western US state, or even among the first thousand. However, these are the first battery-electric units delivered, and the county has long been committed to cleaning transport up.

“Metro has long been an early adopter of advanced innovation, and the transition to zero-emission mobility is no exception,” said Chris Stoddart, President, New Flyer and MCI. “Having delivered over 1,830 buses to King County since 1979 – with over half comprised of zero-emission or hybrid-electric propulsions on common and proven Xcelsior bus platforms – New Flyer technology has assisted Metro’s transition to clean, quiet, reliable and sustainable transit.”

The initial agreement between New Flyer mentioned “plans to order an additional 80 battery-electric buses in the coming year” so it remains to be seen whether King County Metro will build on their full option.