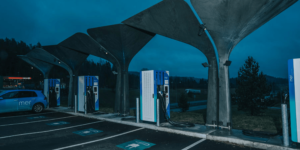 Statkraft makes another acquisition in the field of charging infrastructure: The Norwegian state-owned energy company announces the takeover of 51 per cent of the shares of the Swedish provider Bee Charging Solutions. The transaction is expected to close in the second quarter of 2021.

Statkraft’s charging business will be combined in parallel under one organisation and renamed Mer in the first quarter of 2021. In addition to Sweden, the spun-off business unit will also be active in Norway, Germany and the UK. Head of Mer will be Kristoffer Thoner, who said the following regarding his appointment: “I look forward to taking on the task and together with the rest of the organization as well as our new colleagues in Bee, creating the best and most consumer-oriented electric car charging company in Europe.”

Bee Charging Solutions is in turn owned by three energy companies in Sweden: Öresundskraft, Jämtkraft and Tekniska Verken in Linköping. The company had only recently appointed Alfen as its new supplier for smart charging stations. Both sides signed a framework agreement in January for an initial period of three years.

Allego ups the power at 40 stations in Germany