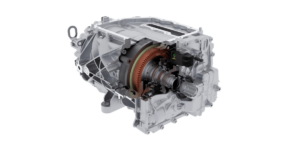 BorgWarner has announced an electric motor for commercial vehicles that supports an 800-volt architecture and will be available in four versions. The catch: the motors won’t go into production until 2024.

According to the manufacturer, the HVH 320 enables a peak efficiency of 97 per cent and offers over 400 kW of power. HVH stands for ‘High Voltage Hairpin’ since the motors have what are called hairpin windings in which solid copper rods replace the classic copper wire windings. This means that there are no cavities between the wires, which increases the power density.

The electric motor is said to achieve a torque of up to 1,270 Newton metres and can also be used for recuperation. So far, BorgWarner has not revealed the differences between the four versions of the HVH 320.