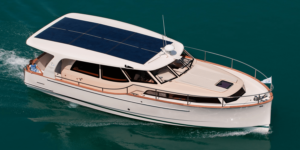 In spring 2021, the first all-electric charter fleet will start operating on the Norwegian Telemark Canal. The fleet will be comprised of six charter boats equipped with Torqeedo e-drives from the Slovenian shipyard Greenline Yachts.

The six charter boats are offered locally by Canal Boats, a company founded mid-2020. The boats are the Greenline E-Drive models 33 and 39, which, according to Torqeedo, have a range of 50 nautical miles on a full battery charge. The top speed is eleven knots. The boats will operate along the Telemark Canal between the coast and the highlands. A network of ten fast-charging stations on the coast around the town of Porsgrunn is available for charging.

Torqeedo points out that instead of being tied to a socket overnight, operators, owners and holiday-makers can fill up with green electricity in the harbour. With a charge level of 20 per cent, it takes a maximum of three hours until the batteries are full.

The installation of the charging stations is financed by a subsidiary of the Norwegian Ministry of Climate and Environmental Protection. The boats also generate their own electricity by means of solar cells on the roof. The charging opportunities and interesting coastline are shown in the image below. 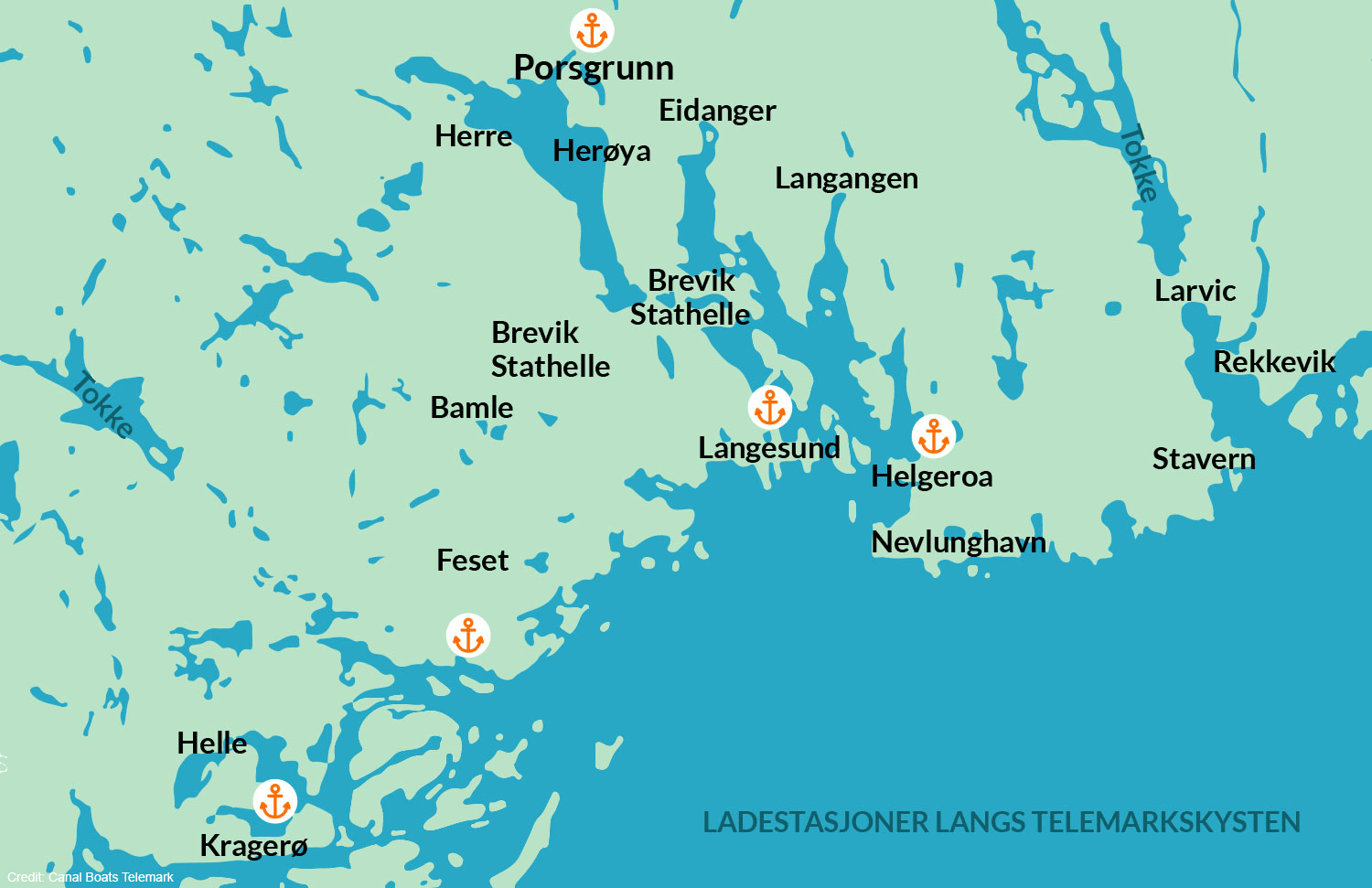 The Greenline 39 E-Drive, which is about twelve metres long, was presented at Boot Düsseldorf in 2019 and has been sold ten times worldwide so far. “The demand for yachts with electric drive systems is growing rapidly,” says Luca Raumland, Head of Sales and Marketing at Greenline Yachts’ parent company SVP Yachts. The Slovenian shipyard has been equipping its models with low-voltage hybrid drives since 2008.

From 2030 onwards, Greenline Yachts plans to produce only boats with electric and hybrid drives. The hull design of Greenline’s boats is already being optimised for electric motors during the planning stage – a step that will improve range and energy efficiency, they say. In addition to the electric drive, Torqeedo is also supplying the batteries.

“When holidaymakers are experiencing e-mobility on a day-to-day basis, confidence in this technology rises,” says Nora Sjögren Johre who is involved in marketing the tourist location. She says that while people in the tourism business are always scared of being copied, “With this project it’s just the opposite. We hope that it will be realised by copy-and-paste in many other regions and countries.”

It is sometimes surprising just how much CO2 is emitted by combustion engine-driven boats. Torqeedo says that figures from Statistics Norway reveal that leisure boats alone emitted 531,000 tonnes of CO2 equivalents in 2017 – more than all the country’s fishing boats (339,000 tonnes) and all the motorbikes, mopeds and snowmobiles together (146,000 tonnes). But even this startling figure may not be the primary reason a charter boat company might want to switch to electric: Canal Boats claim that, whereas a one-week holiday on a combustion engine boat costs the users and average of 350 euros in diesel, a week’s electricity will cost less than 70 euros.

That being said, looking at the stunning photos of the area it is easy to imagine what is likely to be an even more rewarding aspect of the electric motorboats: that people both in and near the boats can enjoy the stunning natural landscape of the Norwegian area in peace and quiet, without the loud noises and stinky smells of burning fossil fuels.