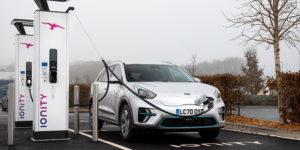 In the UK Kia has launched its charging service KiaCharge. This gives the brand’s BEV- and PHEV-drivers access to more than 13,900 charge points across the UK, meaning access to around 68 per cent of the public charging network from a single account.

The charging stations can be accessed and operated using either a dedicated smartphone app or an RFID card. So that users will not have to make individual payments when using public chargers, users have a choice of two monthly payment plans.

At the same time, Hyundai Motor UK has launched its public charging service Charge myHyundai, for the Korean groups battery-electric and plug-in hybrid vehicles. Like the Kia offering, Charge myHyundai customers will only need one app and a single card to use the service. This enables Hyundai drivers access to over 15,000 charge points across the UK.