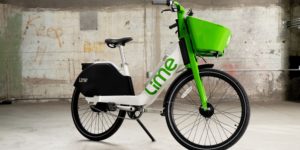 Lime is investing $50 million in new e-bikes compatible with their incoming fourth scooter generation. The investment primarily aims to expand Lime’s ride-sharing fleets in Europe, with 15 cities poised to receive the e-bikes.

The investment that equals over 41 million euros is good if not surprising news, given how the business suffered in early 2020 when they had a round of layoffs. Uber and Google’s Alphabet came to the rescue that spring. Lime seems to now have managed to reverse the trend and claims “the $50 million investment in hardware upgrades and expansion is a result of achieving our first full quarter of profitability in 2020.”

Lime also pointed to the Covid-crisis having had a positive impact on their business in the end, as an internal survey suggested riders were more likely to opt for micromobility as a result of COVID-19. Last year, Lime counted over three million rides on e-and expects that number to grow “significantly” in 2021.

The upgraded e-bikes will hit city streets this summer with some locations in Australia and New Zealand. The main efforts, however, remain in Europe and North America.

In total, Lime expects to expand the e-bike fleet to 25 additional cities worldwide in 2021, also building on the previous fleet they took over from Jump in May last year, not without issues. For example, sources close to the London operations tell us of issues with the connectors at Jump Bikes since these were made for docking stations rather than repeated improvised battery swaps.

For the next-gen e-bike now coming in, however, the “most impactful” new feature is its swappable battery, says the ride-sharing service. The new battery is also the same as in the Gen4 scooter they are phasing in, and Lime calls these interchangeable batteries a “game-changer for the micromobility industry.” The new option would also help streamline their operations and cut down emissions from vans servicing bikes and batteries to date as well, the company points out. Whether this also means further job losses or outsourcing remains to be seen.

According to Lime, the new e-bikes also feature a stronger motor, unified display and better phone holders and automatic two-speed transmission for a smoother ride.

They also say the new multi-modal approach that includes said kickscooters was also working with e-bikes, which actually boosted rides on their scooters in cities where both are available. Lime gives Seattle as an example and recently added e-mopeds as a trial in Washington DC.

Wayne Ting, CEO of Lime, commented, “e-bikes are a key piece of the puzzle, providing a perfect option for medium-length trips,” when announcing the new investment.

For the actual expansion, details remain scarce. In Germany, Lime says they want to include eight to ten cities in the new e-bike service this year, up from the existing four. Their German MD, Jashar Seyfi, also pointed to cities asking them to expand the services and include the suburbs.

In the UK, riders may book a Lime LEV in Milton Keynes and London. Globally, Lime services are available at over 120 locations, most of them in the USA and Europe.