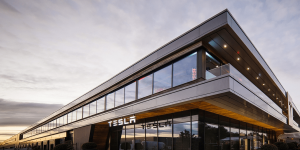 Tesla is apparently planning to close its European assembly plant in Tilburg, the Netherlands. Dutch media report that the assembly of the Model S and X there will be stopped “very soon”. This is likely due to the two models being updated.

The report was issued the portal NU.nl with reference to a “source within Tesla”. The background is that both models have recently been extensively revised, which has changed the production process in the USA. Because of these changes, assembly in the Netherlands is said to be “no longer possible on an industrial scale”.

The new editions of the Model S and Model X are expected to be delivered in the Netherlands for the first time in November this year, so the delivery of current generation vehicles for assembly at the Tilburg plant will be stopped shortly.

This is expected to affect up to 96 jobs. Factory staff were informed on Thursday morning, he said. Tesla is said to be in negotiations to deploy the staff in other functions, according to the report, and the assembly hall could also be used by Tesla for another purpose. In addition to the final assembly of the prefabricated Model S and X, Tesla has a paint shop, a parts warehouse and a “remanufacturing centre” in the Netherlands, where old parts are refurbished. According to NU.nl, over 1,500 people work for Tesla in the Netherlands, 540 of them in Tilburg.

Final assembly in Tilburg was opened in 2015, and an indoor test track has been built in the hall in addition to manufacturing and quality control. In 2018, 5,622 Model S and 2,963 Model X were assembled in Tilburg; in subsequent years, demand for the two large models declined in Europe.

In the refresh of the two model series, the changes to the bodies are only minor, but this is not relevant for the final assembly in Tilburg – where the components manufactured in Fremont are only assembled. Under the sheet metal, however, the changes are much more extensive, for example in the powertrain and the interior. This would obviously require new facilities in Tilburg as well.