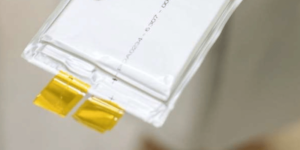 Lithium-sulfur battery specialist Oxis Energy is getting back to business with the announcement of solid-state batteries with Li-S cells. Customers may start testing this autumn after Oxis has been working on the development for nearly four years.

The solid-state Li-S cells and corresponding battery system rely on a technological breakthrough three years ago. Oxis Energy has filed nine new patent families in this field as a result. The company has already small scale projects running, such as with Yachts de Luxe in Singapore that aims to integrate the new cells into an electric boat designed by Williams Advanced Engineering. The British also agreed on two development partnerships in the aviation sector, one with Texas Aircraft Manufacturing and another with Bye Aerospace.

In contrast to other lithium metal batteries, Li-S cells have the advantage that they can be operated at room temperature and that they achieve higher energy densities at moderate costs. The cells are also deemed lighter, up to 60%, according to Oxis, and safer, which makes them so interesting for the above aviation partners. But a commercial breakthrough has so far failed to materialize, as previous Li-S cells lose storage capacity after just a few charging cycles.

This is where Oxis Energy comes in, which calls its new cells “Quasi Solid-State Batteries”. These rely on the identical manufacturing process to conventional Li-S and Li-ion, so that Oxis believes the delivery of the new batteries is achievable by late autumn 2021. Unlike Li-ion, the cells chemistry manufactured by Oxis Energy does not contain cobalt, manganese, nickel or copper.

Oxis specifies the first-generation quasi-solid-state Li-S cell having an energy density of 450 Wh/kg or 550 Wh/l with larger volumes to begin shipping in the summer of 2022. An increase in energy density to 550 Wh/kg or 700 Wh/l is targeted for autumn 2023.


Oxis agreed on the above key performance indicators with Sanyo Trading company Ltd of Japan to meet customer requirements for the Japanese market. The cell capacity will range between 10-20 Ah.

Oxis will produce the chemical composites of its Solid-State cell at its Welsh Plant in Port Talbot, UK. Oxis was to gear up for producing up to half a million Li-S cells a year in earlier communications. The cells will be mass-produced at its cell manufacturing plant in Juiz de Fora, in the State of Minas Gerais, Brazil, which Oxis leases from Mercedes as reported. Nordika Pharmaceutical of Sao Paulo has already commenced the design work at the factory with completion expected in the autumn. Commissioning is expected in 2023, Oxis Energy announces.

Apart from electrifying heavy-duty vehicles, Oxis Energy also aims to increase its client base in the aviation and maritime industries.