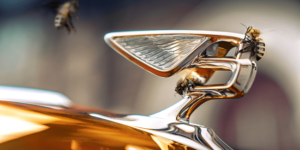 Half a year ago, Bentley announced their plans to offer only BEVs and PHEVs from 2026 and focus exclusively on all-electric cars from 2030. Now Bentley CEO Adrian Hallmark revealed more details about the first BEV model in an interview.

As Hallmark hinted to CAR Magazine, Bentley’s first battery-electric vehicle will probably be an SUV based on the Artemis platform developed by Audi and is to be launched on the market in 2025. Being a subsidiary of Volkswagen certainly helped with the technical expertise; however, the task ahead for Bentley remains large, as Hallmark had underlined when the market plans were revealed: “a paradigm shift throughout our business, with credibility, authenticity, and integrity. Within a decade, Bentley will transform from a 100-year-old luxury car company to a new, sustainable, wholly ethical role model for luxury.”

While the Artemis platform is lagging slightly behind schedule, this is far more positive news for the technology compared to a few months ago, when Volkswagen was looking at streamlining its development processes to develop EV technology more quickly, the choice for Artemis may also have had something to do with how far along the project is, as Hallmark comments: “With our current cars, we had to get into the engineering largely after they [the platforms] had been done. The difference now is that with Artemis, we’re right in there at the beginning, helping define it.” This does not mean that Bentley is looking to become a British Audi clone, as Hallmark adds that technologies would be sourced from several locations in the Group: “Looking forward to electrification, we’re going to have closer synergies with Audi. But we will continue to have strong relationships with both brands [Audi and Porsche], and we see this as an opportunity, not a risk.”