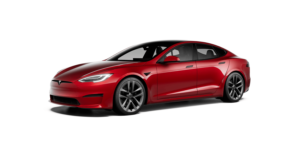 Tesla has to pay some owners of older Model S in Norway the equivalent of around 13,300 euros each because a software update led to lower battery capacity and reduced charging performance.

Unless it appeals, Tesla is going to have to pay $16,000 to a total of 30 customers affected in the country. The fine could grow to be even more significant as other similar legal efforts are on the way in other countries, however, with 30 claimants, it may not have been worth Tesla’s time to hire representation. On the other hand, leaving the verdict standing may set a dangerous precedent for the Californian EV manufacturer.

Electric vehicles are a heavy business

Which Ford in Fordwich?