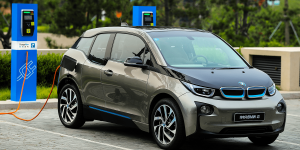 BMW plans to bundle around 360,000 charging stations from various partners in China via a mobile phone app by the end of the year. This should make charging easier for customers. The carmaker also wants to make its supply chain in China more climate-friendly.

This was announced by China boss Jochen Goller at a top-level meeting of the carmaker on sustainability in Beijing. The charging app will allow users to find stations and pay for charging power. However, the reports on the appearance do not reveal any details.

The reasoning behind this is clear: BMW wants to increase sales of electric cars in China. By 2023, the China range of BMW and Mini is to include twelve battery-electric models “in all segments”. Electric cars should then account for around a quarter of total sales in China. “We’re pretty optimistic about battery-powered cars,” Goller said.

BMW also wants to reduce CO2 emissions by 20 per cent by 2030 compared to 2019, he said, together with Chinese suppliers across the entire supply chain. “A lot of people believe that the biggest source of emissions is the car. But when looking at the whole cycle, the supply chain emits the biggest amount of CO2-Footprint,” Goller said. “We have to look at the entire added value.”

At its Annual General Meeting in May, the BMW Group had already announced its intention to avoid the emission of more than 200 million tonnes of CO2 globally by 2030. Goller described the 20 per cent target as ambitious because the switch to electric vehicles – and their CO2 backpack from battery production – is actually expected to increase by 40 per cent if nothing is done.

As a concrete measure, Goller announced that the operation of BMW plants in China should become CO2-neutral by the end of the year. CO2 emissions in the company’s own production are also to be reduced by 80 per cent by 2030. The CO2 balance of the Chinese BMW plants is also interesting for some German customers: The iX3 is exclusively produced in China and then imported to Europe.