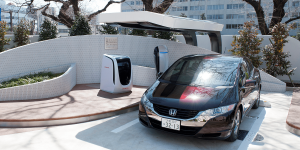 Honda will discontinue production of the Clarity fuel cell and plug-in hybrid versions in August. The Japanese automaker now confirmed earlier media reports in a statement.

The decision comes down to low sales figures. The company, in a new statement, also claimed to want to focus on electrifying (read hybrid) volume models. Honda had previously cut the Clarity BEV from the line-up in 2020.

With the discontinuation of both the Clarity PHEV and Clarity fuel-cell variant, Honda will also close the corresponding factory in Sayama, Japan, by March 2022.